A Call For Change In Alzheimer's Diagnosis, Services - Health And Medical Information

A Call For Change In Alzheimer's Diagnosis, Services 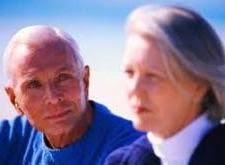 I received this piece from a reader of the blog a couple of weeks ago. The author, Allan, asked if I might share it with you. It's well written and thought provoking, so I'm passing it along to you. I shortened it, and will respond next week.

"As we baby boomers start to deal more with Alzheimer's disease, doctors must be more willing to listen to anecdotal comments by well informed spouses/caregivers ... and doctors along with local/national associations must start providing more services for those with early onset Alzheimer's and those in early stages of Alzheimer's.

As is true for many eventually diagnosed with Alzheimer's, my wife began exhibiting symptoms several years before the official diagnosis was made. I told doctors about her worsening symptoms at each visit, but my comments were routinely ignored. I noted how she kept asking me the same question over and over without any recollection of having just asked me that same question minutes earlier. I mentioned her getting lost while driving in our community, her disorientation, her aphasia ... but these comments weren't seen as red flags by anyone but me.

Her behavior during doctor visits didn't seem to indicate any problems - her initial cognitive testing results were good, MRIs and blood work didn't show any problems, and the neurologist suggested that the symptoms I described were probably due to anxiety or stress. When cognitive testing results worsened later on, the diagnosis became severe cognitive impairment due to depression. For many months, the recommended treatment brought no improvement ... only a worsening of Alzheimer's symptoms ... and we eventually went for a second opinion at a hospital-affiliated Alzheimer's Disease Research Center. There the diagnosis was probable Alzheimer's ... not depression.

Some of the early signs of Alzheimer's are identical to signs of depression or stress. It seems that neurologists and cognitive psychologists too often base their diagnosis and treatment recommendations solely on objective testing results after relatively brief visits with patients. This needs to change! Doctors need to give more attention to the anecdotal observations supplied by spouses/caregivers.

National organizations such as The Alzheimer's Association must also change how they provide services. They do a great job of providing support groups for spouses/caregivers, as well as day care opportunities for those with more advanced Alzheimer's, but they often provide no groups for people with early-onset Alzheimer's or in the early stages Alzheimer's.

Alzheimer's takes a terrible toll on those suffering from the disease and on their spouses/caregivers. A good first step would be to begin forming groups around the country designed to meet the needs of those who are diagnosed at a young age, and for those who are in early stages of the disease!"