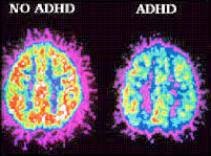 Shire plc (LSE: SHP, Nasdaq: SHPGY), the global specialty biopharmaceutical company, announced the results of a study evaluating the safety and efficacy of Vyvanse® (lisdexamfetamine dimesylate) Capsules CII for the treatment of Attention Deficit Hyperactivity Disorder (ADHD) in adolescents aged 13 to 17 years. The data, presented in an oral session at a national scientific meeting of psychiatrists in New Orleans, LA, demonstrated that treatment with Vyvanse (30, 50, and 70 mg/d) significantly improved ADHD symptoms compared to placebo in adolescents with ADHD.

Vyvanse is currently indicated for the treatment of ADHD in children aged 6 to 12 years and in adults. Recently, Shire submitted a supplemental New Drug Application (sNDA) for use of Vyvanse in the treatment of adolescents aged 13 to 17 years with ADHD.

ADHD is one of the most common psychiatric disorders in children and adolescents. Sixty to 85 percent of children with ADHD may continue to meet criteria for the disorder during their teenage years. In the United States, it is estimated that approximately 9.7 percent of adolescents aged 13 to 17 years have been diagnosed with ADHD at some point in their lives based on results from the 2003 National Survey of Children's Health (NSCH), a telephone survey of households with at least one child aged 17 years or younger.(+)

"In this study, Vyvanse improved ADHD symptoms of inattention, hyperactivity and impulsivity in adolescents compared to placebo," said Ann C. Childress, MD, president of the Center for Psychiatry and Behavioral Medicine, Inc. in Las Vegas, Nevada and lead investigator for this study. "These results are important as we look for additional ways to effectively manage ADHD symptoms in adolescent patients."

As with other stimulant medications, Vyvanse is classified as a controlled substance (CII) because of its potential for abuse.

In this double-blind, placebo-controlled, four-week, forced-dose phase 3 trial, 309 adolescents were randomized into either one of three Vyvanse dosage groups, 30, 50 and 70 mg/day, or into a placebo group. The 232 adolescents who received Vyvanse, regardless of their dosage group, had significant improvements in their symptoms, compared to the 77 adolescents receiving placebo, as measured by the average changes in the participants' scores on the clinician administered ADHD Rating Scale IV (ADHD-RS-IV) from baseline to end point, the study's primary end point. The ADHD-RS-IV, which contains 18 items, is based on the ADHD diagnostic criteria as defined in the Diagnostic and Statistical Manual of Mental Disorders, Fourth Edition, Text Revision®, a publication of the American Psychiatric Association.

The safety of Vyvanse also was evaluated during the study. The most frequently occurring treatment-emergent adverse events (greater than or equal to 5 percent) in all of the groups treated with Vyvanse were decreased appetite, headache, insomnia, weight decrease and irritability. Safety results were generally consistent with the known safety profile associated with Vyvanse treatment.

Shire Development Inc. supported this study. Dr Ann Childress is a consultant and speaker for and has received grant/research support from Shire.

Vyvanse, which was introduced in the United States in July 2007 for the treatment of ADHD in children aged 6 to 12 years and approved in April 2008 to treat ADHD in adults, is currently available in six once-daily dosage strengths of 20 mg, 30 mg, 40 mg, 50 mg, 60 mg and 70 mg. To date, more than 9 million Vyvanse prescriptions have been filled.

Vyvanse is a therapeutically inactive prodrug stimulant, in which d-amphetamine is covalently bonded to l-lysine, and after oral ingestion it is converted to pharmacologically active d-amphetamine.

Amphetamines have a high potential for abuse; prolonged administration may lead to dependence. Misuse of amphetamine may cause sudden death and serious cardiovascular adverse events. See Full Prescribing Information for complete Boxed WARNING.

Vyvanse should not be taken by patients who have advanced arteriosclerosis; symptomatic cardiovascular disease; moderate to severe hypertension; hyperthyroidism; known hypersensitivity or idiosyncrasy to sympathomimetic amines; agitated states; glaucoma; a history of drug abuse; or during or within 14 days after treatment with monoamine oxidase inhibitors (MAOIs).

Sudden death has been reported in association with CNS stimulant treatment at usual doses in children and adolescents with structural cardiac abnormalities or other serious heart problems. Sudden death, stroke, and myocardial infarction have been reported in adults taking stimulant drugs at usual doses in ADHD. Physicians should take a careful patient history, including family history, and physical exam, to assess the presence of cardiac disease. Patients who report symptoms of cardiac disease such as exertional chest pain and unexplained syncope should be promptly evaluated. Use with caution in patients whose underlying medical condition might be affected by increases in blood pressure or heart rate.

New psychosis, mania, aggression, growth suppression, visual disturbances and exacerbation of tics and Tourette's syndrome have been associated with the use of stimulants. Use with caution in patients with a history of psychosis, seizures or EEG abnormalities, bipolar disorder, or depression. Growth should be monitored in children during treatment with stimulants, and patients who are not growing (gaining height or weight) as expected may need to have their treatment interrupted.

ADHD is one of the most common psychiatric disorders in children and adolescents. Worldwide prevalence of ADHD is estimated at 5.3 percent (with large variability), according to a comprehensive systematic review of this topic published in 2007 in the American Journal of Psychiatry. In the United States, approximately 7.8 percent of all school-aged children, or about 4.4 million children aged 4 to 17 years, have been diagnosed with ADHD at some point in their lives, according to the Centers for Disease Control and Prevention (CDC). The disorder is also estimated to affect 4.4 percent of US adults aged 18 to 44 based on results from the National Comorbidity Survey Replication. When this percentage is extrapolated to the full US population aged 18 and over, almost 10 million adults are believed to have ADHD.

ADHD is a psychiatric behavioral disorder that manifests as a persistent pattern of inattention and/or hyperactivity-impulsivity that is more frequent and severe than is typically observed in individuals at a comparable level of development. The specific etiology of ADHD is unknown and there is no single diagnostic test for this disorder. Adequate diagnosis requires the use of medical and special psychological, educational and social resources, utilizing diagnostic criteria such as Diagnostic and Statistical Manual of Mental Disorders, Fourth Edition, Text Revision (DSM-IV-TR®) or International Classification of Diseases 10 (ICD-10).

Although there is no cure for ADHD, there are accepted treatments that specifically target its symptoms. Standard treatments include educational approaches, psychological or behavioral modification, and/or medication.

Shire's strategic goal is to become the leading specialty biopharmaceutical company that focuses on meeting the needs of the specialist physician. Shire focuses its business on attention deficit hyperactivity disorder (ADHD), human genetic therapies (HGT) and gastrointestinal (GI) diseases as well as opportunities in other therapeutic areas to the extent they arise through acquisitions. Shire's in-licensing, merger and acquisition efforts are focused on products in specialist markets with strong intellectual property protection and global rights. Shire believes that a carefully selected and balanced portfolio of products with strategically aligned and relatively small-scale sales forces will deliver strong results.

(+) For this survey, parents or guardians responded to survey items on behalf of 102,353 sample children (completion rate: 68.8 percent). NSCH data were weighted to estimate national rates of ADHD diagnosis. As a proxy for ADHD diagnosis, respondents were asked, "Has a doctor or health professional ever told you that child has ADD or ADHD?"