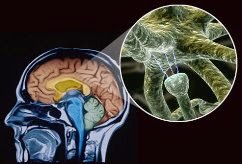 People who experience high levels of anxiety could benefit from a single high dose of a common antidepressant that has been shown to reduce anxiety within three hours.

Dr Susannah Murphy, a neuroscientist at the Psychopharmacology and Emotion Research Laboratory at the University of Oxford, has conducted a study looking at the impact of two antidepressants, citalopram and reboxetine, which respectively work on the serotonin and noradrenaline neurotransmitters in the brain that control mood. She presented her findings at the Royal College of Psychiatrists' International Congress in Edinburgh.

The study involved giving 42 healthy patients either one of the two drugs, or a placebo, then showing them a picture with two faces on it - one with a neutral expression and the other looking fearful. Researchers then measured the speed with which the volunteers reacted to the images.

Anxiety is linked to 'hypervigilance', and the faster the reaction the more anxious and concerned about a perceived threat a person is. Dr Murphy and her colleagues found that both citalopram and reboxetine reduced their vigilance to fearful facial expressions. The antidepressants could be used both in the short- and long-term to enhance psychological therapies, such as cognitive behavioural therapy, she told to delegates at the International Congress.

Curious about the impact of antidepressants on the brain, Dr Murphy gave 26 healthy volunteers a single 20mg dose of citalopram and three hours later scanned their brains while the participants completed the facial expression task. She found that the amygdala, a chestnut-sized structure buried deep in the brain and linked to processing emotions and reading emotions in others, showed high levels of activity.

Citalopram and reboxetine are conventionally believed to have a delay of several weeks before the onset of their therapeutic effects - but Dr Murphy's study shows clearly that doses can have a neurochemical effect within hours.

She told delegates: "It's quite extraordinary that these changes take place so early. It really challenges us to think quite differently about the way antidepressants work. It's a different message for patients - as soon as you start taking the drugs it starts changing the way the brain works. It doesn't have to take weeks.

"When you are anxious you are hypervigilant to the social signals that people give off and you can interpret them negatively. For instance, at the end of a presentation or talk, if someone stands up and asks you a question and they look at you - are they looking at you in a positive or a negative way? All of that feeds into your reaction."