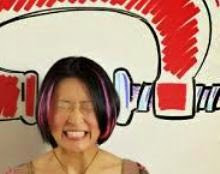 We've all experienced the strong heartbeat that accompanies emotions such as fear and rage. But can the body's natural response to these emotions be used to combat heart failure? Results of a study published online in the journal Circulation Research present a strong case.

In the study, scientists from the University of Rochester Medical Center found that two experimental drugs have the potential to restore pumping strength to failing hearts in part by harnessing the fight-or-flight response that makes hearts beat stronger.

At the center of this finding is the hormone adrenalin, which normally maintains the heart's pumping strength and makes the heart beat with greater force during crisis. The newly identified drugs ensure that adrenalin's ability to drive heartbeat strength is maintained, and not thwarted, as it typically is in heart failure patients. The two therapies, when tested in human-like mouse models of heart failure, were found to slow, and in some cases halt, the progression of the disease.

"Considering the limited efficacy of current drug therapies for heart failure, this discovery is both exciting and promising," said Burns C. Blaxall, Ph.D., associate professor within the Aab Cardiovascular Research Institute at the Medical Center, and senior author of the study. "We are now taking a closer look at how these compounds compare to standard heart failure therapies, such as beta blockers, to further determine their efficacy in treating the disease."

When the heart stops pumping as effectively as it should, the body responds by sending more adrenalin to give the heart a pick-me-up. While increased adrenalin initially restores the heart's vitality, over time heart muscle cells become less and less responsive to high levels of adrenalin, triggering the body to pump even more of the hormone to the heart. Elevated adrenalin is a hallmark of heart failure, and a recent study linked anxiety - which increases adrenalin - in teens and young adults to a higher risk of heart disease or heart attack later in life.

Blaxall's lab is part of a nationwide effort that has linked adrenalin's ability to propel heartbeat strength to a key protein, the beta adrenergic receptor. When adrenalin combines with this receptor it orders heart muscle cells to contract with greater speed and force. The problem in heart failure patients is that these receptors are chronically desensitized - they no longer respond to adrenalin, so the heart grows weak and does not pump as forcefully as it should.

"While adrenalin desensitization has been studied extensively, this is the first report of compounds that effectively target this specific process to reduce heart failure," said Blaxall. The desensitization is caused in large part by elevated levels of a particular enzyme (G-protein-coupled receptor kinase 2 or GRK2) when it interacts with G-proteins.

This research was conducted in collaboration with Alan Smrcka, Ph.D., professor in the Department of Pharmacology & Physiology at the Medical Center whose laboratory discovered compounds that could block GRK2 regulation by G proteins. Smrcka's research team conducted extensive screening and testing to identify these experimental compounds. Two such compounds, M119 and Gallein, were identified and put to the test.

"In this study we took an entirely new pharmacological approach by altering signaling pathways after the beta adrenergic receptor rather than altering the receptor itself. In this way the actions of adrenalin are modified rather than blocked as with other therapies, such as beta blockers," said Smrcka. "This novel approach is applicable in heart failure and may be useful in other conditions as well."

Blaxall's team found that Gallein not only slowed, but halted heart failure progression when delivered to mice with pre-existing heart failure. Similarly, M119 reduced two characteristics of the disease - strain-related thickening of muscle tissue (hypertrophy) and scar tissue formation (fibrosis). Both compounds partially normalized the force of heart muscle contraction by making sure the beta adrenergic receptors became and remained responsive to adrenalin. This was done by both decreasing overall levels of GRK2 in the heart and by limiting its effectiveness.

M119 and Gallein have been used in a similar way in the past to target the receptor desensitization process that occurs in other conditions, such as chronic pain. For example, Smrcka and his collaborator Jean Bidlack, Ph.D., professor of Pharmacology and Physiology at the Medical Center, have shown M119 can reverse the desensitization of opiate receptors, which in turn increases the efficacy of painkillers such as morphine. M119 and Gallein are not known drugs; they are compounds that act as dyes, or stains, and were previously not known to have any therapeutic activity.

This research addresses a health problem that affects nearly 6 million Americans. The result of underlying problems like coronary artery disease, high blood pressure or heart attack damage, heart failure is the gradual loss of the heart's ability to pump with enough force to meet the body's need for blood. Half of patients will not live five years past the day they are diagnosed. The best treatment for a severe heart failure patient is a transplant, but with just over 2,000 transplants done each year and more than 3,000 people on the waiting list at any given time, research like this is needed to find new options for patients.

The current research was funded by the National Heart, Lung and Blood Institute (NHLBI) and the Institute for General Medicine at the National Institutes of Health and the University of Rochester Medical Center. Blaxall's lab recently received additional funding from the NHLBI to compare the newly identified compounds to current standard therapies for heart failure in human-like mouse models. Blaxall, Smrcka and their team are seeking partnerships to further develop these compounds.