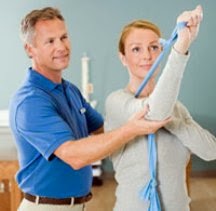 Multiple sclerosis patients who directly confronted the stress of the Second Lebanon War suffered fewer attacks than those who chose to cope with the situation by focusing on feelings. This has been shown in a new study carried out by researchers of the University of Haifa, the Technion-Israel Institute of Technology and Carmel Medical Center.

"Because there is no cure for multiple sclerosis to date, it is important to uncover all the factors that impact the recurrence of attacks," said Prof. Eli Somer of the University of Haifa, one of the authors of the study.

The study, which Prof. Somer carried out alongside Dr. Daniel Golan, Sara Dishon, Limor Cuzin-Disegni and Dr. Idit Lavi of Carmel Medical Center and Prof. Ariel Miller of the Technion, examined how MS patients living in the north of Israel coped during the Second Lebanon War. The results of the first stage of the study, which were recently published in the scientific journal Multiple Sclerosis, revealed that the ongoing stress of the war increased the number of MS attacks in patients who were exposed to rocket fire. The current stage of the study has examined 156 patients who have undergone regular therapy at the Center for Multiple Sclerosis at the Carmel Medical Center and who were living in the attacked north of Israel during the war.

The results have shown that patients who chose to use "direct coping and planning" to counter the stress factor - by preparing the shelter or protected area, stocking up on food and medications, adjusting their medical appointment schedule, and the like - suffered significantly less exacerbation of MS symptoms than patients who chose to cope with the situation on an emotional level, with relaxation techniques, requesting emotional support, or prayer.

"Patients who focused their coping on emotional wellbeing when a more direct approach was necessary, suffered more flare-ups of the disease than patients who identified the challenges that the falling missiles were presenting, and regarded the situation as an opportunity for planning and direct action," Prof. Somer noted.

The study has also found that women with MS tended to turn to emotional support, religion and willfully diverting thoughts more than men. Nevertheless, there was no difference between the numbers of men and women who chose "direct coping and planning".

"Coping directly is how a person takes real action in order to change an unwanted situation. Multiple sclerosis patients who chose to view the war as a controllable situation that requires action, instead of seeing it as an uncontrollable threat, suffered fewer attacks of the disease," said Prof. Somer, adding that now it is necessary to investigate whether the acquisition of psychological coping skills can stall the progression of this disease.

Neurology
By Health & Medical Reviews and News at Wednesday, August 18, 2010