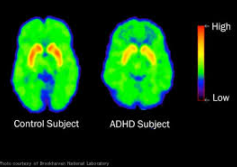 The adverse effects of prenatal alcohol exposure on behavioral, cognitive, and social development can lead to a range of symptoms referred to as fetal alcohol spectrum disorder (FASD). Attention and cognition problems seen in individuals with a history of prenatal alcohol exposure often resemble those linked to attention deficit hyperactivity disorder (ADHD). An assessment of these disorders has found that while children with FASD may meet the behavioral criteria for ADHD, their attention difficulties differ in subtle but important respects.

Results will be published in the April 2010 issue of Alcoholism: Clinical & Experimental Research and are currently available at Early View.

"ADHD is clinically diagnosed primarily on the basis of observations by the parent, teacher, and clinician regarding the degree to which a child exhibits specific behavioral symptoms, such as difficulty sustaining attention to and completing tasks or play activities, failure to listen when spoken to directly, impulsivity, talking out of turn, or difficulty sitting still," explained Joseph Jacobson, professor at Wayne State University School of Medicine and the study's corresponding author. "A large proportion of children with a history of prenatal alcohol exposure exhibits these behavioral characteristics and, therefore, may meet the criteria for a diagnosis of ADHD."

Jacobson and his colleagues examined event-related potentials (ERPs), which reflect changes in the brain's electrical activity in response to a particular stimulus or condition, in 102 (54 women, 48 men) 19-year-olds. All of the young adults performed a Go/No-go task, which requires the participant to attend and respond selectively to non-target stimuli (Go) and inhibit responses to a target stimulus (No-go).

Jacobson explained how the Go/No-go task was used in this study. "The participant is instructed to press a button whenever a letter appears on the screen except when the letter X appears," he said. "The participant gets into the routine of pressing the button as the letters appear on the screen. Once the rhythm of button pressing is established, individuals with ADHD find it more difficult to inhibit or hold back their impulse to press the button when the X appears and make more errors on the task regardless of whether or not they were exposed prenatally to alcohol."

"This difference was seen in the P3 ERP brain wave component, which has been found in other studies to reflect the mental effort or heightened attention exerted in performing a task; thus, the more difficult or cognitively challenging the task, the larger the P3 brain wave," said Jacobson. "The typical response, which was seen both in the young adults with prenatal alcohol exposure and in the normal controls, is a larger P3 brain wave only in the more challenging No-go condition.

We found that the young adults in the idiopathic ADHD group (i.e., those without prenatal alcohol exposure) showed a larger P3 wave during both types of trials - those where they had to inhibit the button press and those where they did not have to inhibit, which suggests that they found the whole task more difficult and were unable to develop the type of automatic strategy for inhibiting responses that would be expected at this age."

Jacobson added that this study is the first to use ERPs to compare neurophysiological function during a cognitive task with these two groups.

"The data support the notion that information processing difficulties in children with prenatal alcohol exposure who exhibit ADHD symptoms may differ from those seen in children with idiopathic ADHD, even though behaviorally both groups may exhibit inattention and hyperactivity," he said. "The ERP data suggest that different neurophysiological processes may be responsible for the attention problems seen in these two groups, which may explain why psychostimulant medication, which is often effective in treating idiopathic ADHD, is reported to be less effective in children with ADHD behavioral symptoms who were prenatally exposed to alcohol."

In summary, he said, this study provides improved understanding of the differences in neurophysiological processing responsible for the behavioral symptoms in these two different groups, which may in turn, provide important clues regarding new treatments that may be more effective for treating ADHD symptoms in children with prenatal alcohol exposure.