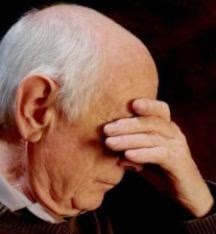 Veterans aged 55 years or older with PTSD (post-traumatic stress disorder) appear to have a higher risk of developing dementia over a 7-year period, compared to individuals without PTSD, says a new report published in Archives of Psychiatry today, a JAMA/Archives journal.

PTSD occurs in a significant number of veterans returning from conflict areas or war zones, the article informs. Up to 17% of veterans coming home from Iraq and Afghanistan are thought to have PTSD, while 10% to 15% of Vietnam veterans had PTSD symptoms for at least 15 years after their return. Previous studies have linked PTSD to a wide variety of medical conditions in younger and middle-aged veterans, along with declines in thinking, learning and memory (cognitive performance).

There are several reasons why patients with PTSD may have an increased risk of developing dementia.

PTSD may be a risk factor for dementia, or chronic stress may link the two conditions. Stress may harm the hippocampus, a brain area critical for memory and learning, or cause alterations in neurotransmitter and hormone levels that could hasten dementia.

The finding that PTSD is associated with a near doubling of the risk of dementia has important public health, policy and biological implications. It is important that those with PTSD are treated, and further investigation is needed to see whether successful treatment of PTSD may reduce the risk of adverse health outcomes, including dementia. In addition, it is critical to follow up patients with PTSD, especially if they are of an advanced age, to screen for cognitive impairment. Finally, mechanisms linking PTSD and dementia must be identified in hope of finding ways to improve the care and outcomes of patients with PTSD.