Chlamydia Rates On The Rise - Health And Medical Information

Chlamydia Rates On The Rise 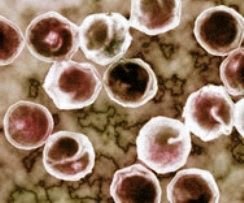 According to the Centers for Disease Control and Prevention, the rates of chlamydia infection increased in 2007 for the seventh consecutive year. In 2007, 1.1 million chlamydia diagnoses were reported. This is a 7.5 percent increase from 2006.

This increase could be partially due to more testing, especially in women, and to the use of more sensitive tests. However, health officials believe that the reported number of diagnoses might not reflect the actual number of infections, which could be closer to 3 million.

Underreporting is common because many people are unaware of their infection and do not seek testing. That's unfortunate, because while chlamydia infection may be silent, it's also serious. Chlamydia can cause irreversible damage to a woman's reproductive tract, affecting her ability to have babies.

So What Is Chlamydia?

Chlamydia is a sexually transmitted infection caused by the bacteria Chlamydia trachomatis. Chlamydia primarily targets the cells of mucous membranes including the urethra (both male and female), vagina, cervix and endometrium (lining of the uterus). It can also target the mouth and throat. Infections in the mouth and throat happen infrequently. Ejaculation is not necessary to spread chlamydia.

Chlamydia is a very common STD. Women between the ages of 15 and 24 years have the highest chlamydia rate of all age groups and both sexes. Teenage girls and young women are most at risk because the cervix (opening to the uterus) is not fully mature at that age, so it's more susceptible to infections.Men have a much lower rate of chlamydia than do women.

In 2007, men between the ages of 20 and 24 years had the highest rate of chlamydia infection among males in all age groups.Black women between the ages of 15 and 19 have the highest rate of chlamydia. Blacks make up 12 percent of the U.S. population but account for 48 percent of the chlamydia cases. Several factors account for this disparity, including lack of access to health care and distrust of the health-care system.

Symptoms can be mild to severe. Men and women experience different symptoms. If a person does develop symptoms, they usually occur within one to three weeks after contact with someone who has chlamydia.

Women may not experience any chlamydia symptoms. In fact, about 50 to 75 percent of women have no symptoms. The most common symptoms are vaginal discharge or itching, bleeding between periods, or pain with urination. A woman may also experience pain during sexual intercourse, low abdominal pain, low back pain, nausea, and fever.

Up to 30 to 50 percent of men have no symptoms. Men typically develop urethritis, which causes pain during urination and a discharge from the penis. In a small number of men, infection with chlamydia can cause epididymitis, with testicular pain, heaviness and tenderness, and swelling of the scrotum.

Stay tuned for my next blog entry, where I will talk about chlamydia testing, treatment, complications and screening.

STI
By Health & Medical Reviews and News at Tuesday, November 23, 2010