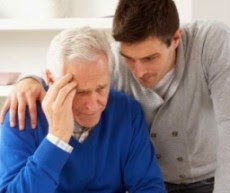 Recently one of you wrote: "A cure has been found according to several Internet sites - supposedly mice have been cured so people are next, or so they say. Is this just a joke on we who desperately await the cure?"

I often receive inquiries similar to the one above from families affected by Alzheimer's who have heard or read about an "Alzheimer's cure." Time and time again, I'm saddened by these "stories" that build unrealistic expectations for families who desperately await a cure.

Mice used in Alzheimer's related studies are genetically altered to display signs of Alzheimer's disease, but they don't have the disease the same way humans do. In fact, there've been many promising studies in animal models that once conducted in human clinical trails turn out to either not work or to have unexpected toxicity.

A cure or treatment for Alzheimer's disease that works in mice has no immediate application to humans, and any potential benefit would be years away. As with most things you read on the Internet or elsewhere, if it sounds too good to be true, it probably is.