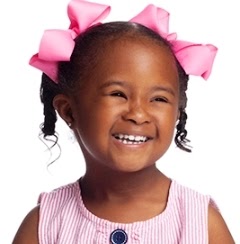 What Is Down's Syndrome

Down's syndrome (also called Down syndrome) is a genetic condition known as trisomy 21, where a person inherits an extra copy of one chromosome. People with the syndrome have three copies of chromosome 21 rather than the usual two.

This additional genetic material changes the finely tuned balance of the body and results in characteristic physical and intellectual features.

It's not known why this abnormality occurs, but it affects around one in 1,000 babies born in the UK - about 750 babies a year - and is the most common inherited cause of learning disability.

There are three types of Down's syndrome:

Regular trisomy 21 - all the cells have an extra chromosome 21. Around 94 per cent of people with Down's syndrome have this type.

Translocation - the extra chromosome 21 material is attached to another chromosome and one of the parents may carry the translocated chromosome without any signs of the condition themselves. This accounts for around 4 per cent of cases.

Mosaic - only some of the cells have an extra chromosome 21. Around two per cent of people with Down's have this type, which tends to result in milder features.

People with Down's syndrome tend to look different – they typically have a flat facial profile and eyes that slant upwards. Other facial features include smaller ears, a flat back of the head and protruding tongue.

People with the syndrome also tend to be shorter than average with poor muscle tone and have short, broad hands with a single crease across the palm.

Almost half of people affected have heart defects, some of which can be treated, some of which can't. Many also have gut problems, which can make eating difficult and increases the risk of problems such as constipation, and disorders of the thyroid gland.

Other physical problems include cataracts, hearing and sight problems, and a susceptibility to infections. Later in life there's also an increased risk of leukaemia and Alzheimer’s dementia.

People with Down's syndrome have varying degrees of learning disability, which may range from moderate to severe. Autistic spectrum disorders are also more common.

There's no cure, but treatment of any accompanying health problems and support for learning difficulties allows many people with the syndrome to lead relatively normal and semi-independent lives. Others, however, need full-time care. Many people with the condition live well into adulthood, with an average life expectancy of around 60 years.

Physiotherapy, speech therapy and special educational programmes have an important role to play, while specific medical conditions associated with the syndrome are treated as appropriate.

The chance of having a baby with Down's syndrome increases with the age of the mother, especially over the age of 35. But as the majority of women have their children when they're younger, most Down's babies are born to younger parents.

Having a child with Down's syndrome is more likely if a woman already has a child with the syndrome, or if a close family member has had an affected child. But most cases are sporadic (the parents aren't affected) and the risk of recurrence in further pregnancies is very small.

Down's syndrome affects people from all ethnic groups and cultures.

It's not possible to prevent the genetic abnormality that causes Down's syndrome, but in recent years it has become possible to identify more accurately during pregnancy the likely risk that the baby is affected.

The NHS Fetal Anomaly Screening Programme (FASP) uses a combination of tests to screen for Down’s syndrome. These tests cannot give a definite answer as to whether the baby does or does not have the syndrome but provide a reasonable estimate of the level of risk (such as a 1 in 100 chance or a 1 in 24,000 chance).

The tests used depend on the stage of pregnancy at which a woman requests testing, but they all combine blood tests with a special type of ultrasound, known as a nuchal translucency scan. This type of ultrasound is similar to a normal ultrasound scan, but specifically measures the space between the spine and the nape of the baby's neck. All babies tend to collect fluid behind the neck but those with Down's syndrome tend to have more fluid in the neck than most. Measuring the thickness of fluid or “nuchal translucency” helps to estimate the risk of Down's syndrome.

Ideally, combined testing is done during the first trimester or third of pregnancy. Blood is taken from the mother at between 10-14 weeks to check for levels of certain proteins and hormones. At this time the hormones that are measured are usually free beta-hCG and placenta associated plasma protein A (PAPP-A). The levels of these chemicals, combined with the Nuchal Translucency measurement, are used to calculate the risk of the baby having Down's Syndrome.

If combined testing is done a bit later, during the second trimester of pregnancy, the hormones that are measured are usually alpha-fetoprotein (AFP), free beta-human chorionic gonadotrophin (beta-hCG) and uE3.

Those women who are found to be at a higher risk of having a baby with Down's syndrome are offered the opportunity of further tests, known as prenatal diagnostic tests, to establish more clearly whether or not their child is affected. The tests offered are amniocentesis or chorionic villus sampling (CVS), which involve taking samples of either the fluid around the unborn baby or some of the cells from the placenta. These provide a definitive answer, but are invasive and carry a 1 per cent risk of triggering a miscarriage.

Screening for Down's syndrome isn't compulsory. Women are offered screening if they wish to know the likelihood of having a baby with Down's syndrome. If they are at high risk, they can then decide whether to have a prenatal diagnostic test to get a definite answer.

If this test confirms Down's syndrome, women can then make an informed decision about continuing with their pregnancy or not.

Some companies have started offering tests called Non Invasive Prenatal Diagnosis (NIPD) tests. These look a pregnant woman’s blood to check for genetic material from the baby, which passes across from the placenta into the mother’s blood during pregnancy. This genetic material or DNA is called cell free fetal DNA (cffDNA). The tests would have the advantage of not being invasive like amniocentesis or CVS. But research into this is in the very early stages and scientists aren’t sure how reliable these tests are, so they are not yet available on the NHS.

Medical Conditions And Diseases
By Health & Medical Reviews and News at Thursday, January 27, 2011