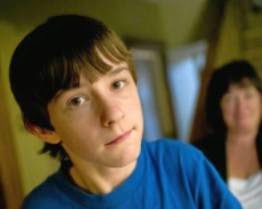 What Is Dystonia And What causes It?

It is a neurological disorder but does not lead to problems with other functions of the brain such as intellect.

The causes of dystonia are still not fully understood, but there appears to be a problem in an area of the brain called the basal ganglia, involved in controlling movement.

It has been suggested that an imbalance of neurotransmitters (such as dopamine) leads to this defect in control of muscles and movement.

In some cases, damage to the basal ganglia can lead to dystonia. These are referred to as secondary dystonia and can be due to a variety of causes such as stroke or tumour of the basal ganglia, or the result of certain drugs (especially dopamine blocking drugs used to treat psychiatric disorders) and so on.

In the majority of cases, no underlying cause is found apart from possible genetic factors, and these are called primary or idiopathic dystonia.

Dystonia that develops in childhood is often inherited through one or more affected genes.

Most primary segmental or generalised dystonia is inherited in a dominant manner, which means that if a parent has this type of dystonia, there is a 50% chance of passing the dystonia gene to each child.

However, not everyone who inherits the gene develops dystonia, a phenomenon known as reduced penetrance.

Dystonia which develops in adults may also be inherited.

The Different Types Of Dystonia Include:

Cervical dystonia (spasmodic torticollis) Dystonia of the neck muscles which causes the head to twist, pull in one direction, or shake.

Blepharospasm: Dystonia of the muscles around the eyes

Oromandibular dystonia: Dystonia affecting the muscles of the jaw, tongue and mouth.

Writer's cramp: Dystonia affecting the ability to write and sometimes other hand-based tasks.

Who's Affected By Dystonia

If you are diagnosed as having blepharospasm, you may be treated by an ophthalmologist.

If you have laryngeal dystonia, you may see an ear, nose and throat (ENT) specialist.

In many cases, if dystonia develops in childhood, particularly if it starts in the legs, it may spread to other parts of the body and can become generalised. However, when it develops in adults, it usually confines itself to one part of the body (focal dystonia).

The progress of dystonia is unpredictable.

he severity of symptoms can vary from day to day, and while there often is an element of overall progression, it is difficult to estimate how long this will last.

Typically, a focal dystonia will progress very gradually over a five-year period, and then progress no further.

Symptoms in all dystonic conditions can vary.

For some people, their dystonia may sometimes improve or disappear altogether for no apparent reason.

It occurs in all parts of the world and affects people of all ages. Schools and nurseries are particularly at risk.

Is there a cure for dystonia?

Unfortunately, there is not yet a cure for most forms of dystonia. Nowadays, however, many dystonic conditions can be very successfully managed. How do I live with dystonia?

As with the onset of any long-term medical condition, some people who develop dystonia may go through an initial period of depression, embarrassment and outrage - or relief that there is an explanation for their symptoms.

Most people do manage to develop effective strategies for coping with the challenges that their condition brings.

Successful treatments to lessen their symptoms, effective pain control and the acquisition of sensory 'tricks' all help to ameliorate social situations.

What forms of treatment are available?

Various treatments are available for dystonia. These will be determined depending upon the type and severity of the particular condition.

The main options are:

Botulinum Toxin: Injections are generally the most effective treatment for dystonia where it affects the muscles of the neck or around the eyes. Drugs: Drugs are effective for some patients. Some work by interfering with neurotransmitters, the chemical substances that carry messages within the brain.
Others are designed to relax the muscles, reducing shaking and control muscle spasms.

To be effective, they have to be taken continuously.

Surgery: Surgery may be an option where patients have never been or are no longer receptive to other treatments. (Resistance to botulinum toxin can develop in a minority of patients over a period of time). Surgical treatments include selective denervation and deep brain stimulation (DBS).

In the case of the latter, electrodes are planted in the basal ganglia to help 'rebalance' movement and to control posture.

Some recent research has led to a refinement in the placing of electrodes for optimum effect.

Does It Have A Low Profile?

Yes. Even though dystonia is estimated to be about ten times more common than motor neurone disease, many people have never heard of it.

Indeed, until recently, many GPs were unfamiliar with the condition. However, in the last few years, awareness of dystonia has increased and the outlook for people with dystonia is improving.

The Dystonia Society, a registered charity, works hard to speed up the processes of both research and recognition.

Neurology
By Health & Medical Reviews and News at Monday, January 24, 2011