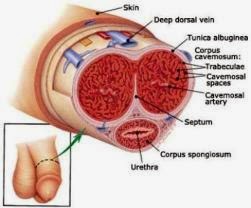 What Is Erectile Dysfunction?

Erectile dysfunction is the repeated inability to get or keep an erection firm enough for sexual intercourse. Due to the sensitive nature of the condition, it is difficult to estimate how many men it affects. However, recent studies show 22% of 40-year-old men and up to 49% of 70-year-old men may have the condition.

The most common cause of erectile dysfunction is damage to the tissues, either the nerves, arteries, muscles or fibrous tissue. This is often linked either to disease. Conditions such as diabetes, kidney disease, chronic alcoholism, multiple sclerosis and cardiovascular disease account for around 70% of cases of erectile dysfunction.

In some cases the condition is caused by damage to the nerves and arteries near the penis which can occur during surgery, particularly for prostate and bladder cancer. Physical injury to the penis, spinal cord, prostate, bladder or pelvis can also be a factor. Erectile dysfunction is also a side effect of some common medications, including blood pressure drugs, antihistamines, antidepressants and tranquilizers.

Experts believe that psychological factors such as stress, anxiety, guilt, depression, low self-esteem, and fear of sexual failure cause up to 20% of cases. Smoking, which affects blood flow, has also been linked to the condition.

The erection is lost when the muscles contract to stop blood flowing into the penis, and open outflow channels. A successful, sustained erection requires a sequence of events to occur in a precise fashion. Anything which disrupts this sequence can lead to problems either getting, or keeping an erection.

There are a range of ways to treat erectile dysfunction. Doctors will consider sexual counselling for patients who are likely to benefit, but alternatives include drugs, vacuum devices, and surgery.

One drug in particular, sildenafil (‘Viagra’), has become an international phenomenon since its launch in the late 1990s. The drug does not directly give a man an erection but it works by boosting the natural mechanism that leads to an erection. When a man is sexually aroused, certain tissues in his penis relax, as mentioned above. Viagra helps by elevating the levels of the chemical that causes the tissues to relax. These effects were discovered accidentally. The drug was originally developed to improve blood supply to the heart in angina sufferers.

In a small number of cases, people who have taken sildenafil have complained of headaches, flushing and stomach-ache. It can also cause some visual problems, including an increased sensitivity to light, blurred vision or an inability to tell the difference between blue and green. Men who are already taking medicines that contain nitrates, such as nitro-glycerine, are strongly advised not to use Viagra as this is dangerous and may result in a heart attack.

Penile injections: The injection of drugs such as alprostadil directly into the tissues of the penis to trigger an erection was more common before the advent of new drugs such as sildenafil. The drugs relax muscles and increase blood flow to create an erection. They are also available as pellets to insert in to the urethra (the opening at the tip of the penis).

Vacuum Devices: These work by creating a partial vacuum around the penis, which draws blood into the organ. The devices have three components: a plastic cylinder, into which the penis is placed; a pump, which draws air out of the cylinder; and an elastic band, which is placed around the base of the penis to maintain the erection after the cylinder is removed and during intercourse.

Surgery: There are different types of surgery. Implanted devices, known as prostheses, can restore erection in many men. These can come in different forms. For instance, paired rods can be inserted into the corpora cavernosa to enable the user to manually adjust the position of the penis. Alternatively, inflatable cylinders can be inserted inside the penis and expanded using pressurized fluid. In some cases doctors may attempt to repair blockages in damaged arteries. However, this usually only works if the blockages are not widespread.