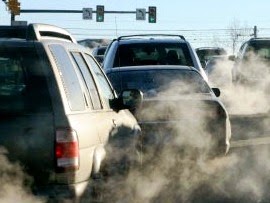 Exhaust Emissions And It's Health Hazards?

Once released into the air, exhaust emissions are breathed in and transported in the bloodstream to all the body's major organs. Diesel seems potentially to be more of a problem than petrol.

The most obvious health impact of car emissions is on the respiratory system. It is estimated that air pollution - of which vehicle emissions are the major contributor is responsible for 24,000 premature deaths in the UK every year. Many of these deaths are due to asthma, bronchitis and other respiratory diseases - all of which are known to be aggravated by exposure to car fumes.

A Dutch study of 632 children aged 7 to 11 years found that respiratory disorders worsened as air pollution increased and a longer term study of older Dutch residents, published in 2009 found that illness due to lung disorders increased in areas of high nitrogen dioxide and particulate matter associated with exhaust emissions.

Many pollutants produce harmful effects on the blood and the coronary system. Researchers estimate that one in every 50 heart attacks in London may be triggered by air pollution.

Lead, for instance, interferes with the normal formation of red blood cells by inhibiting important enzymes. It also damaged red blood cell membranes’ and interferes with cell metabolism in a way that shortens the survival of each individual cell. This can lead to anaemia - a shortage of blood cells - which can reduce the body's ability to circulate oxygen and vital nutrients.

Benzene has a suppressive effect on bone marrow and impairs the development of red blood cells. Exposure to the chemical may result in a diminished number of blood cells - cytopenia - or total bone marrow loss.

Carbon monoxide (CO) poisoning is similar to suffocation. CO binds to the haemoglobin contained in red blood cells 200 times more effectively than oxygen, and so can dramatically reduce the ability of the cells to transport and release oxygen to the tissues of the body.

Toxic chemicals may also stimulate the immune system to attack the body's own tissues, particularly the cells that line human blood vessels. The damage is initially slight, but it can build up with repetitive exposure to toxic substances and eventually lead to blockage of the blood vessels, increasing the risk of high blood pressure and heart disease.

Research has shown that exposure to lead can lead to behavioural changes. It can also impair mental function, causing problems with learning and memory. German research suggests that the impact of lead on the central nervous system may grow older with advancing age.

The immune system appears to be particularly vulnerable to the effects of pollution. Substances such as benzene, nitrogen dioxide and small particulate matter interact with the immune system and may cause changes, ranging from overactive immune responses to immunosuppression.

Long-term exposure to Benzene has been shown cause leukaemia. It is also thought that the harmful impact that the chemical can have on the immune system may lower the body's defence against tumours.