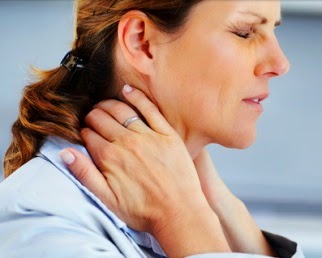 There's no known precise reason for why fibromyalgia occurs, but a number of theories exist. The most popular is that it may result from a problem with the transmission of pain messages to and from the brain such that the brain becomes more sensitive to pain. Most researchers believe those who develop fibromyalgia react to pain differently from those without the condition. This may be because of genetic predisposition to fibromyalgia, or it may be a result of environment.

There is evidence that those with fibromyalgia have lower levels of the chemicals serotonin, noradrenaline, and dopamine so this may be responsible. Some scientists believe that disturbed sleep may result in the development of fibromyalgia.

Many people relate the onset of their problem to a significant life event, such as a bereavement or illness. Some experts have suggested that a virus, as yet unidentified, may be the trigger in susceptible individuals.

Around one in 50 people develops fibromyalgia at some point in their lives, most often during middle age. The majority of those affected are women, although men and children can be affected.

Those with other chronic medical conditions, such as rheumatoid arthritis or lupus, are more likely to develop fibromyalgia.

How Is Fibromyalgia Diagnosed?

Making a diagnosis of fibromyalgia isn't easy, because tiredness, fatigue, poor sleep and muscle pain are symptoms common to many conditions. These need to be ruled out before a positive diagnosis can be made.

But there are criteria that need to be fulfilled if a diagnosis of fibromyalgia is to be confirmed. Widespread pain, meaning that it must be felt above and below the waist and on the right and left side of the body, should have been present for more than three months, and tenderness or pain should be felt in at least 11 of the 18 specified tender points when pressure is applied.

Widespread muscle pain and fatigue plague those with fibromyalgia. People affected describe the pain as throbbing, aching, stabbing or shooting in nature. They will often say they 'ache all over'. It's often associated with stiffness, which, like the pain, may be worse first thing in the morning.

Those with the condition may become hypersensitive to pain, finding that even the slightest touch is painful, and that pain lasts longer than would be expected.

Triggers can aggravate the pain and there are many. Common ones include stress, fatigue, changes in the weather and even physical activity.

The tender points that are characteristic of fibromyalgia affect specific parts of the body - the elbows, around the neck, the front of the knees and the hip joints, for example. These are painful in response to the slightest pressure.

In addition to these characteristic symptoms, some people also experience other symptoms including such as difficulty sleeping, headaches, numbness, tingling and depression.

Another problem that those with fibromyalgia may experience is ‘fibro-fog’ which can cause difficulty making decisions, understanding things, and problems with memory and concentration.

Fibromyalgia differs from arthritis because it doesn't cause inflammation or result in damage to the joints or muscles. Most people with fibromyalgia find their symptoms tend to come and go over time, although for some the symptoms are constant.

What's The Treatment Of Fibromyalgia?

Although there's no cure and no specific treatment for fibromyalgia, there are plenty of things that can help. It's important to remember that it doesn't damage the muscles or other parts of the body and in time many people improve.

A number of different drugs may be recommended including painkillers and anti-inflammatory medication, and antidepressants to treat pain and any associated emotional and cognitive problems

Physiotherapy can help and physiotherapists can provide a programme of gentle exercise and stretching to help maintain muscle tone, reduce pain and stiffness, lift mood, and boost energy levels. Low-impact aerobic exercises are felt to be best.

Emotional support is important, as the long-term nature of this condition tends to drag people down. Depression is common in sufferers and counselling and anti-depressant therapies can be used to overcome this.

It's important to think positively and make necessary lifestyle changes. These may include changes in the way things are done at home or at work. Occupational therapists can provide advice about what changes may be needed and how they can be made.

Some people find they benefit from complementary therapies such as relaxation therapy, massage, acupuncture and osteopathic manipulation. Stress management is essential to lessen the chances of symptoms being exacerbated. It's also important to get enough sleep and to eat a healthy diet.

Musculoskeletal
By Health & Medical Reviews and News at Monday, February 14, 2011