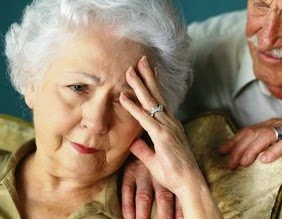 Binswanger disease is a progressive neurological disorder caused by arteriosclerosis and thromboembolism affecting the blood vessels that supply the white-matter and deep structures of the brain (basal ganglia and thalamus).

Most patients experience progressive loss of memory and intellectual abilities (dementia), urinary urgency or incontinence, and an abnormally slow, shuffling, unsteady pattern of walking, usually over a 5-10 year period.

Due to their vascular etiology, the symptoms and physical findings associated with Binswanger disease may suddenly worsen due to stroke, stabilize and then improve for a brief time, but the patient's overall condition continues to progress as the blood vessels become increasingly obstructed.

The disease may be triggered by a stroke or other event that leads to brain damage. Some of the symptoms are more common in patients over the age of 60 but its precise cause is clear.

The US National Institute of Neurological Disease and Stroke (NINDS) says Binswanger's disease is characterised by damage in the deep white-matter of the brain, loss of memory and cognition, and mood changes. It is difficult to diagnose as many of its symptoms vary and overlap with other conditions, leading some doctors to dispute the existence of Binswanger’s disease as a separate illness.

Patients usually show signs of abnormal blood pressure, stroke, blood abnormalities, disease of the large blood vessels in the neck, and disease of the heart valves. Other prominent features of the disease include urinary incontinence, difficulty walking, shaking similar to that seen in Parkinson's disease, and depression. These symptoms are not always present in all patients and may sometimes appear only as a passing phase. Seizures may also be present.

There is no specific treatment for Binswanger's disease. What treatment there is consists of keeping the symptoms under control. This often involves the use of medications to control high blood pressure, depression, irregular heart beats and low blood pressure.

There is no cure for Binswanger's disease, and patients with the disorder usually die within five years of its onset.

Dementia
By Health & Medical Reviews and News at Thursday, April 14, 2011