Is Sleep The Key To Tackling Obesity? - Health And Medical Information

Home Obesity Sleep And Obesity Is Sleep The Key To Tackling Obesity?

Is Sleep The Key To Tackling Obesity? 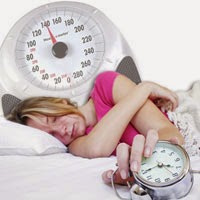 The focus in the fight to tackle obesity tends to be diet and exercise. But what about sleep? In this week's Scrubbing Up, Dr Neil Stanley argues getting a good night's rest is just as important.

It is an undeniable fact that we have a problem with obesity in the UK. The government and the NHS rightly believe that for the health of the nation, levels of obesity need to be reduced.

So we have campaigns based on eating less and more healthily, such as "5-a-day" and exercise - "10,000 steps a day" and the "Change for Life" initiative.

However, given recent reports, these efforts, whilst very well-meaning, are seemingly having absolutely no effect on reducing levels of obesity or increasing rates of exercising.

The conventional line is that this is because we are all victims of the "aggressive advertising" and "easy availability" of sugary and fatty foods and/or that we are addicted to computer games / TV / Facebook etc.

It is possibly true that in the past we did move a bit more than modern children, but I seem to remember that sugary and fatty foods were just as "aggressively" advertised and easily available.

My "bog-standard" comprehensive school had a tuck shop and there were plenty of local shops selling a myriad of sugary and fatty comestibles for our delectation.

Perhaps there is some other reason why the "eat less, move more" advice is not working. "They haven't even appointed a scientist off the telly as a 'Sleep Tsar'" What if we simply cannot help ourselves? And that, from a physiological point of view, we actually crave junk food and don't want to exercise?

Numerous studies have shown a significant association between short sleep duration and being overweight or obese in both children and adults.

And I believe that it is more than coincidence that, over the last 40 years, as there has been a reduction in our sleep duration, there has also been a rise is the number of people who are overweight or obese.

Using fMRI (functional magnetic resonance imaging), poor sleep has been shown to affect the brain areas responsible for complex decision-making and response to rewards causing us to favour unhealthy foods.

Poor sleep also causes changes in the levels of our hunger hormones.

There is a decrease in the level of leptin - which regulates food intake and signals when we have enough food, while the level of ghrelin - which stimulates appetite, fat production and body growth - rises.

Poor sleep can damage mood, concentration, energy and even relationships Try avoiding key things that make it hard to sleep such as a bedroom that's too warm Creating a personal sleep profile can help you manage your body clock effectively.

Five things that stop a good night's sleep Research suggests this causes 24% higher feelings of hunger, a 23% increase in overall appetite but a 33% increased desire for high-fat, high-carbohydrate foods making us feel that we have had insufficient food and thus encouraging us to increase food intake.

Short sleep has also been shown to increase our urge to snack between meals and causes us to excessively season our food, eat fewer vegetables, buy more junk food and buy more food overall.

So the availability and advertising of junk food is seen as the problem.

However, the simple fact is that because of poor sleep, you may actually physiologically want to eat these foods regardless of the efforts of the multi-national purveyors of junk food - though this is in no way trying to absolve them of their responsibilities.

But be honest - when you are sleepy, which would you prefer: an apple or a cupcake?

The "eat less, move more" message, no matter how it is presented and how much money is spent on its promotion, is obviously not working - and I would contend that, in isolation, it cannot work.

Up until now, there has been no serious government or NHS advice or guidance about sleep, no multi-million pound campaigns - they haven't even appointed a scientist off the telly as a "Sleep Tsar".

I believe that if we are serious about reducing the weight of the nation and increasing rates of exercise, we need to address the issue of poor sleep.

Sleep And Obesity
By Health & Medical Reviews and News at Sunday, September 29, 2013