About Nosebleed or Epistaxis - Health And Medical Information

About Nosebleed or Epistaxis 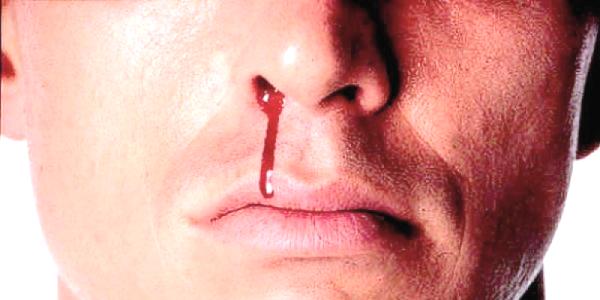 A nosebleed is loss of blood from the tissue lining the nose. Bleeding most often occurs in one nostril only.

Nosebleeds are very common. Most nosebleeds occur because of minor irritations or colds.

The nose contains many small blood vessels that bleed easily. Air moving through the nose can dry and irritate the membranes lining the inside of the nose. Crusts can form that bleed when irritated. Nosebleeds occur more often in the winter, when cold viruses are common and indoor air tends to be drier.

Most nosebleeds occur on the front of the nasal septum. This is the piece of the tissue that separates the 2 sides of the nose. This type of nosebleed can be easy stopped by a trained professional. Less commonly, nosebleeds may occur higher on the septum or deeper in the nose. Such nosebleeds may be harder to control. However, nosebleeds are rarely life threatening.

Nosebleed can be caused by:

• Irritation due to allergies, colds
• sneezing or sinus problems
• Very cold or dry air
• Blowing the nose very hard, or picking the nose
• Injury to nose, including a broken nose, or an object stuck in the nose
• Deviated septum
• Chemical irritants
• Overuse of decongestant nasal sprays

Repeated nosebleeds may be a symptom of another disease such as high blood pressure, a bleeding disorder, or a tumor of the nose or sinuses. Blood thinners, such as warfarin (Coumadin),  clopidogrel (Plavix) or aspirin, may cause or worsen nosebleeds.

How to stop a nosebleed:

• Sit down and gently squeeze the soft portion of the nose between your thumb and finger (so that the nostrils are closed) for a full 10 minutes.
• Lean forward to avoid swallowing the blood and breathe through your mouth.
• Wait at least 10 minutes before checking if the bleeding has stopped. Be sure to allow enough time for the bleeding to stop.

It may help to apply cold compresses or ice across the bridge of the nose. Do not pack the inside of the nose with gauze.

Lying down with a nosebleed is not recommended. You should avoid sniffing or blowing your nose for several hours after a nosebleed. If bleeding persists, a nasal spray decongestant (Afrin, Neo-Synephrine) can sometimes be used to close off small vessels and control bleeding.

Things you can do to prevent frequent nosebleeds include:

• Keep the home cool and use a vaporizer to add moisture to the inside air.
• Use nasal saline spray and water-soluble jelly (such as Ayr gel) to prevent nasal linings from drying out in the winter.

Get emergency care if:

• Bleeding does not stop after 20 minutes.
• Nose bleeding occurs after a head injury. This may suggest a skull fracture, and x-rays should be taken.
• Your nose may be broken (for example, it looks crooked after a hit to the nose or other injury).

Call your health care provider if:

What to Expect at Your Office Visit

The provider will perform a physical exam. In some cases, you may be watched for signs and symptoms of low blood pressure from losing blood, also called hypovolemic shock.

You may have the following tests:

The type of treatment used will be based on the cause of the nosebleed. Treatment may include:

You may need to see an ear, nose, and throat (ENT) specialist for further tests and treatment.