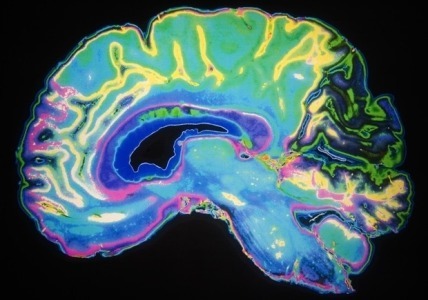 Brain tumours kill more people under the age of 40 than any other cancer and less than 20% of those diagnosed survive beyond five years, compared to 50% of all other cancers. New funding from Bart's Charity will help researchers get closer to a cure.

Professor Marino has pioneered research in her field and has gained international recognition. She's also the first female President of the British Neuro-Oncology Society.

This grant will help Professor Marino and her team of researchers to build upon the success in basic science of the Brain Tumour Research Centre which is funded by the charity Brain Tumour Research and to work with clinicians to develop a clinical platform to facilitate taking their discoveries to patients.

Working with Rachel Lewis, Consultant Clinical Oncologist at Bart's Health NHS Trust, this grant will be used to create infrastructure within the Trust's hospitals to run clinical trials with brain tumour patients.

This will vastly enhance the research into brain tumours that can take place and brings the translation of laboratory findings to patient treatments ever closer. It will also mean a significant increase in the amount of experimental treatments available to patients.

Just 1% of the national spend on cancer research has been allocated to brain tumours, meaning that funding by the charities has played an important role. Previous seed funding from Bart's Charity and substantial support by Brain Tumour Research has allowed research projects to get up and running and attract larger funders.

East Ham MP Stephen Timms will today tour the research facilities with Professor Marino. He was joined by one of his constituents Lydia Fenny, who lost her friend Phil to a brain tumour (case study available).

I am thrilled to have been awarded this funding from Bart's Charity, which complements the support we are receiving from Brain Tumour Research and other sources. It will allow us to move faster from the bench to the bedside and offer more experimental treatments to brain tumour patients."

Professor Marino is a world-leading researcher in this important and underfunded area. By making this significant award, the Charity is supporting the extension of her laboratory work to accelerate the translation of beneficial scientific discoveries into patient care."

Sue Farrington Smith Chief Executive of Brain Tumour Research says:
We are proud to have provided the seed funding for this vital research. This grant by The Bart's Charity represents an important step towards increasing the national investment for research into brain tumours to £30 - £35 million a year and brings hope to the thousands of patients diagnosed with a brain tumour each year, as well as their families."