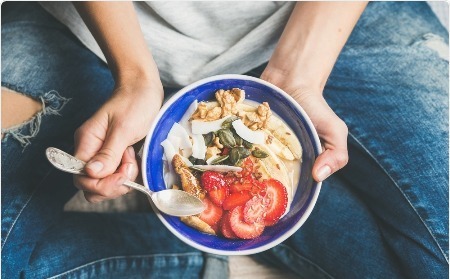 Researchers at Monash University in Australia say that eating breakfast as part of a weight loss strategy may not be as beneficial as dieters are led to believe.

Research has previously suggested that including breakfast in your daily diet can supply energy, ramp up metabolism and help to prevent snacking later on in the day.

According to the British Diabetic Association, "people who eat breakfast have more balanced diets than those who skip it, are less likely to be overweight (and) lose weight more successfully if overweight."

However, the current study by Flavia Cicuttini and colleagues did not find any evidence to support these claims.

This study suggests that the addition of breakfast might not be a good strategy for weight loss, regardless of established breakfast habit. Caution is needed when recommending breakfast for weight loss in adults, as it could have the opposite effect."

The team conducted a systematic review and meta-analysis of 13 randomized controlled trials examining the effect of eating breakfast on weight gain in high-income countries, including the UK.

The trials compared body weight and energy intake between adults who consumed breakfast and those who did not.

As reported in the British Medical Journal, the pooled results showed that participants who did not include breakfast in their diet weighed an average of 0.44kg less than those who did include it.

Breakfast eaters had an overall daily energy intake that was an average of 260 calories higher per day  than those who skipped breakfast. Furthermore, people who ate breakfast were not found to snack more later on in the day.

Cicuttini and team also found no evidence to support the idea that eating breakfast boosts metabolism or helps with weight loss by increasing the efficiency of calorie burning.

It should be noted that there were limitations to the study and the findings should be interpreted with caution; participants were only followed for short periods of between two and 16 weeks and the between-group difference in calorie intake was small.

The researchers say that the long-term effect of missing or including breakfast as part of the daily diet still needs further research.

"Further randomized controlled trials of high quality are needed to examine the role of breakfast eating in the approach to weight management," concludes the team.