HRT: Women Told Not to be Alarmed by Alzheimer's Study - Health And Medical Information

HRT: Women Told Not to be Alarmed by Alzheimer's Study 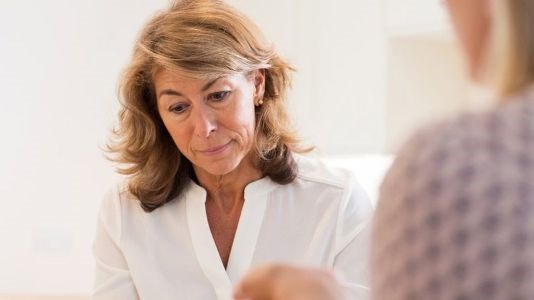 GPs are urging women not to be alarmed by research linking long-term hormone replacement therapy (HRT) use with a small increased risk of Alzheimer's.

They say HRT is an effective and safe treatment for most women with menopause symptoms and the risk is "extremely low".

It found a 9%-17% increased risk for Alzheimer's, particularly in women taking HRT for more than 10 years.

This equates to between nine and 18 extra cases of the disease per year in every 10,000 women aged between 70 and 80, the researchers said.

But the study was observational and, as a result, it cannot be said for certain that other factors had not affected the results.

Other studies have found that HRT actually improves brain function.

The Royal College of GPs said the research does not prove that HRT causes Alzheimer's disease, and women currently taking it should continue to do so.

Prof Helen Stokes-Lampard, chairwoman of the College, said: "Hormone replacement therapy can be of greatest benefit to many women who are suffering from some of the unpleasant side-effects of the menopause, such as hot flushes and night sweats - and there is a large body of evidence that shows it is an effective and safe treatment for most women.

"We would urge patients not to be alarmed by this research - as the researchers state, any risk is extremely low - and if they are currently taking HRT, to continue doing so as prescribed by their doctor."

However, she said there were risks with any medication and it was important that women were aware of them.

"To minimise any risk, best practice for most women is to prescribe the lowest possible dose of hormones for the shortest possible time in order to achieve satisfactory relief of symptoms," Prof Stokes-Lampard said.

Hormone replacement therapy (HRT) is a treatment used to relieve symptoms of the menopause.

These can include hot flushes, night sweats, mood swings and reduced sex drive.

HRT replaces hormones, like oestrogen, that are at a lower level as women stop having periods.

It can also help prevent weakening of the bones, which is common after the menopause.

The average age of menopause in the UK is 51.

Around one million women in the UK use HRT for their menopausal symptoms, according to NICE, the National Institute for Health and Care Excellence.

And most women experience menopause symptoms for around four years, while one in 10 can suffer for up to 12 years.

NICE guidelines say that the risks of HRT are small and are usually outweighed by the benefits.

Alzheimer's charities said the BMJ research was inconclusive and women should not be worried about taking HRT for a short period of time.

Dr David Reynolds, chief scientific officer for Alzheimer's Research UK, said: "Women who require hormone therapy should not be put off by these results, and anyone concerned about the effects of this treatment should speak to their doctor."

The BMJ study could not account for other risk factors for Alzheimer's such as diabetes, cardiovascular disease and a family history of the disease.