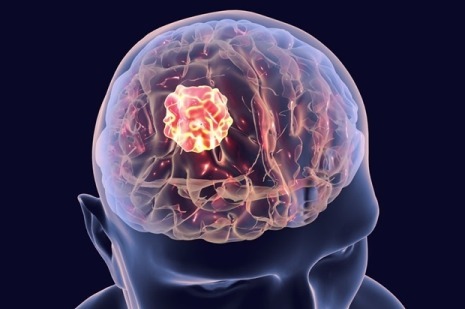 Advances in genetics and genomics have taught us that every single tumour is different, and yet most standard therapies treat them all in the same way, limiting the effectiveness of treatments offered to many cancer patients.


In recent years, exciting advances have resulted in an emerging range of immunotherapies that broadly stimulate the patient's immune system to fight cancer. These treatments artificially inhibit the natural 'braking' system in the body's immune system to allow it to target antigens produced by the tumour - those originating from mutations in the cancer.


But many people are not yet able to benefit from these cutting-edge treatments. This is largely because many types of cancer have a low number of genetic mutations, meaning that they produce only a few antigens - structures that can be targeted by the body's immune system.


The EU-funded GAPVAC project undertook the first clinical trial to design and manufacture actively personalized vaccines (APVACs) - a new type of immunotherapy approach, unique in that it is much more closely tailored to the characteristics of each patient's immune system and their specific tumor than existing treatments.


GAPVAC researchers targeted glioblastoma - an aggressive brain cancer - because conventional therapies are largely ineffective, cause unpleasant side effects, and are not at all personalized. The five-year survival rate for this cancer is currently just 6 %.


'When we conceived the idea of the GAPVAC trial years ago, people said it was logistically close to impossible,' says project coordinator Norbert Hilf of Immatics Biotechnologies in Germany. 'The complexity of the processes involved and the translation of such a concept into the clinical setting was unprecedented.'


In December 2018, the team published the results of the GAPVAC trial in Nature, revealing that the phase 1 study had successfully demonstrated promising clinical courses as well as the safety and feasibility of precisely tailoring immunotherapy to the characteristics of patients' individual tumours and immune systems.


Fifteen patients with glioblastoma took part in the trial, with GAPVAC researchers analysing each tumour's specific mutations, its molecular make-up, and each patient's ability to mount an immune response.


Most patients were given two different vaccines - APVAC1 and APVAC2 - starting at different times. Like all cancer vaccines, they aimed to stimulate T-cells in the patient's immune system to attack the tumor.


The APVAC2 vaccine was composed predominantly of antigens unique to each patient, mainly peptides - short chains of amino acids - carrying mutations highly specific to their tumor. These antigens had been identified through next-generation DNA sequencing and individually manufactured for each patient - a process which takes about six months and is relatively expensive.


The APVAC1 vaccine, however, was designed using a 'warehouse approach' that lies somewhere between off-the-shelf vaccines and tailor-made mutated antigens as used for APVAC2.


GAPVAC researchers pre-manufactured over 60 peptides identified to be highly relevant antigens, in many cases, for glioblastoma and incorporated them into vaccines, creating a mixture of up to 10 antigens for each patient. The advantage of this approach is that it can be delivered more quickly and cost effectively than APVAC2 which requires fully personalised vaccine manufacturing.


Although the sample size was too small to claim any clinical effects on the patients treated, the survival data were encouraging, and both vaccines drove excellent immune responses in the patients. Researchers also found vaccine-induced immune cells exactly where they were needed - in the tumour of a patient.


Blueprint for the Future


The GAPVAC project has been vital to developing the concept and processes behind the active personalisation of cancer treatment. Following in its path, the partners of the GAPVAC consortium are undertaking further steps in the development of tailor-made immunotherapy. For example, the coordinating company, Immatics, has used GAPVAC as a blueprint for its ACTolog trial - an adaptive cell therapy that employs the active personalisation concept.


'The GAPVAC trial can be seen as a blueprint for personalised therapy concepts in general,' says Hilf. 'We're currently discussing follow-up projects to further improve the magnitude of the immune response and to shorten the process time.'