What Happens After Hip Fracture in Older Adults 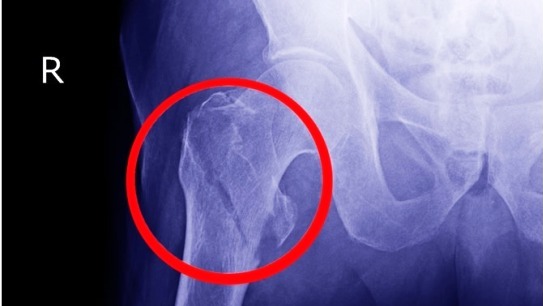 Older adults are more vulnerable to fractures due to bone mass loss. Hip fractures can be tremendously grave, often leading to chronic disease and even death. Now, experts from the American Geriatrics Society explain the true toll of hip fractures and how older adults fare up after the injury.

This new research states that between 18 and 33 percent of seniors who had a hip fracture die within a year, with an even higher incidence of death among those with dementia, and those who are admitted in nursing care homes.

Moreover, approximately half the of seniors struggle after a hip fracture, limiting their movements and ability to perform Activities of Daily Living (ADLs), which include the ability to feed, bathe, and dress themselves. As a result, they are mostly confined to bed, without being able to move for months or even years after the injury.

Due to their physical decline, some 20 percent of older adults are admitted to nursing homes and senior living facilities and experience decrease in quality of life, following a broken hip.

Patients who are disabled and immobile experience a greater decline after the injury, affecting not just the patient themselves, but the caregivers as well. The caregivers experience role strain and financial burdens, especially when the patient needs more care.

Despite the worrying statistics, only little research exists about the number of daily hours of care people need after a hip fracture. To explore the gap and problem, the researchers wanted to better understand how older adults cope with hip fracture.

The study titled, 'Functional Outcomes After Hip Fracture in Independent Community‐Dwelling Patients', which was published in the Journal of the American Geriatrics Society, shows the bigger picture of the plight of older adults who suffered from hip fractures. To better understand their predicament, the researchers utilized information from the National Surgical Quality Improvement Program (NSQIP), which is a program that helps measure and enhance the quality of surgical care.

With the use of the NSQIP at Yale New Haven Health System, the researchers collected data from patients who are more than 65 years old and who had hip fracture surgeries in 2015. They chose patients who new struggles performing their ADLs, or those who developed problems moving around their homes.

The Centers for Disease Control and Prevention (CDC) reports that one of the most serious fall injuries is a hip fracture, since it's hard to recover from the injury and those who had it will depend on others and are not able to live on their own.

In the United States alone, over 300,000 older adults are admitted to hospitals due to hip fractures each year. Also, more than 95 percent of hip fractures are caused by falls. Women are at a higher risk of having hip fractures and they also experience osteoporosis, a condition characterized by weakening of the bones, predisposing them to broken bones.