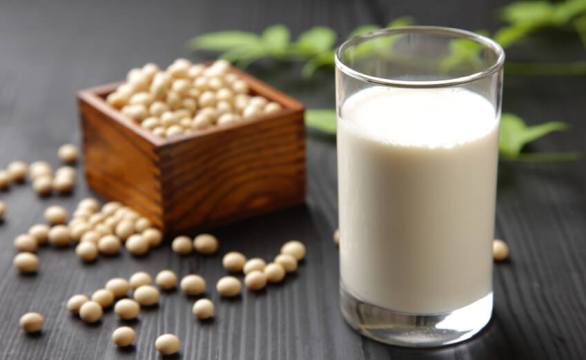 Protection against uterine cancer vs. the risk of breast cancer. The decision to take estrogen and progesterone supplements can be daunting. In the world of women's health, it could be the decision of decisions: Should I take hormone replacement therapy? The considerations can be so deep, and the scientific debates so confusing, many women are turning to herbal and food supplements, hoping they will calm the symptoms of menopause while staving off heart disease and osteoporosis.

Though the science is still young, research offers some encouragement for women seeking non-pharmaceutical ways to cut down on mood swings and hot flashes.

Soy to the World


The most widely cited natural remedy is soy, which is very high in phytoestrogens, or plant estrogens. Other sources are red clover and flaxseed, both of which are available as supplements.

Phytoestrogens are much less powerful than pharmaceutical or natural estrogen, and they enter the cells through a different receptor. That's why scientists believe that soy doesn't promote breast cancer the way other hormones may. In the form of tofu, miso, and other preparations, soy is a staple of diets in Japan, where rates of breast cancer are lower and symptoms of menopause milder than in western countries.

However, the latest research on soy is contradictory. A new study reported in Archives of Internal Medicine found there was no difference between soy and a placebo in relieving menopausal symptoms such as bone loss or vaginal dryness. At the study's start, about 50% of women reported having hot flashes. By the end of the study, more women in the soy group reported hot flashes compared to the placebo group, 48% vs. 32%.

Another study, released in the Journal of Clinical Nutrition, tested similar doses of soy against a placebo in 224 early menopausal women. It also concluded that soy offered little protection against bone loss.

On the bright side, after researcher reviewed 19 studies of soy for hot flashes, they concluded that compared to placebo, the use of soy resulted in about a 50% reduction in the frequency and severity of hot flashes.

Another analysis of 19 studies also found a benefit in soy supplements for hot flashes. The benefit, though, was very slight. That review, which was published in the journal Menopause in 2010, found that on average, soy supplements cut the number of daily hot flashes women had by less than half a single hot flash.

European and American clinical studies have shown that black cohosh is effective for hot flashes and other menopausal symptoms. One review study published in 1998 in the Journal of Women's Health concluded that black cohosh was a "safe and effective alternative to estrogen replacement therapy."

The National Institutes of Health (NIH) has just awarded more than $7 million to the University of Illinois to study black cohosh, along with other herbs for women's health, including red clover and dong quai and ginseng, also promoted in herbal circles as menopausal remedies.

"Before taking black cohosh or any herbal supplement, talk to your doctor," says Gail Mahady, PhD, a researcher at the new University of Illinois center established by the NIH grant. "There's plenty of evidence to show it works, but we don't know what the mechanism is. Until we know for sure, women who have problems with estrogen really must be cautious. There's always the possibility of an adverse reaction."


Greenwood is far less impressed with wild yam creams, which have also been marketed to relieve menopausal symptoms. The products' promoters claim the creams contain a precursor to progesterone - commonly taken alongside estrogen - that counteracts estrogen's negative effect on the uterine lining. While naturally derived progesterone, available over the counter, can help with some symptoms like hot flashes, Greenwood says, the yam cream formulations aren't effective.

Lifestyle for a Lifetime


The most effective alternative to hormone therapy, however, doesn't come in a bottle. Physicians say that preventing heart disease, osteoporosis and cancer often boils down to lifestyle, one that includes regular exercise and a healthy diet. A diet high in calcium along with weight-bearing exercise bolsters bones. Avoiding high-fat foods and participating in regular aerobic exercise keeps the heart healthy.

These habits can prevent diseases; studies have proven it over and over again. Consider it, Greenwood advises. "Those things are so much more effective than [most] any pill you can put in your mouth."

Nelson Watts, MD, director of the Osteoporosis and Bone Health Program at The Emory Clinic in Atlanta, and principal investigator at the Atlanta site of the Women's Health Initiative, offers a word of caution. "Often, diet and exercise are not enough by themselves," he said. "A woman needs to first talk with her doctor about what symptoms she wants to relieve, and look at the treatment options."

Obs And Gynae
By Health & Medical Reviews and News at Thursday, August 15, 2019