Are Brain Supplements Worth the Money? - Health And Medical Information

Are Brain Supplements Worth the Money? 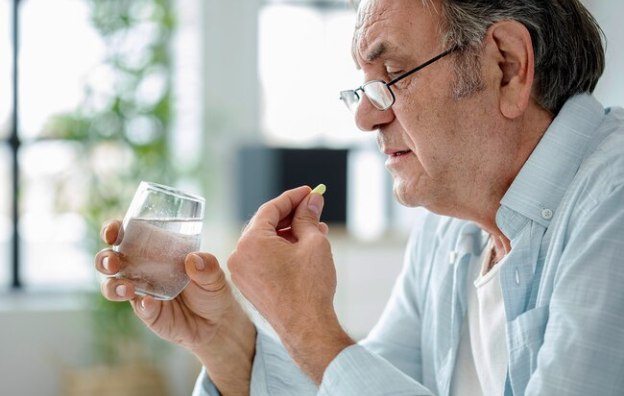 Brain Supplements That Do and Don't Work

Take a Pill, Protect Your Memory?

"Improves memory." "Sharpens focus." These are just some of the claims you may see on the supplements that 25% of adults over age 50 are taking to try to keep their brains healthy. Do these products work? It's often unclear, as the FDA doesn't require makers to prove the supplements are effective, as long they don't make any claims about specific diseases. Here's what experts do - and don't - know about some of these popular items.

B vitamins like B6, B12, and B9 (folic acid) all play a role in brain health. But unless you're low on them or pregnant (folic acid is a must to prevent birth defects), a supplement is unlikely to help. If you're at high risk for Alzheimer's, ask your doctor. Some research shows that people at high risk might benefit from B supplements. But most others should stick with food sources like leafy greens.

Caffeine pills and powders aren't a good idea, because of the risks if you overdose. But you can enjoy coffee guilt-free, as long as it doesn't worsen your sleep or make you jittery. Some might be good for your brain. It's a stimulant that helps perk you up, plus it promotes energy by blocking brain receptors for a chemical called adenosine.

A natural amino acid, L-theanine seems to have potential for improving mental performance, especially when combined with caffeine. That said, most studies have been small, such one in 2019 that included 30 people. Until there's more research, a safe bet is to drink green tea: It naturally contains both L-theanine and caffeine, as well as antioxidants that may help your mental and physical well-being in other ways.

The traditional Mediterranean diet, which includes omega 3-rich-fish, is linked to a lower risk of dementia. But can omega-3 supplements help? So far, large studies (including one sponsored by the National Institutes of Health) haven't proved that. One possible exception: People with the APOE4 gene mutation, which is tied to Alzheimer's, might benefit if they start taking the supplements early enough, a 2017 review shows.

This antioxidant combats free radicals, including those that may damage brain cells. But large studies aimed at finding out whether vitamin E supplements can protect against dementia haven't yielded great results, though at least one study found that they might slow the worsening of Alzheimer's in people who already have it. For now, experts say most healthy people should stick with food sources like nuts, seeds, and vegetable oils.

Although it's a staple in traditional Chinese medicine, modern research has found that ginkgo supplements probably won't protect your memory. Although some studies have suggested there might be benefits, the most well-designed trials - notably the Ginkgo Evaluation Memory study that included 3,000 older adults - showed that ginkgo doesn't prevent or slow dementia.

Often used along with ginkgo, ginseng is another popular supplement that hails from Asia. As with ginkgo, some studies have suggested that ginseng might be a potent brain booster. But the evidence didn't hold up when scientists homed in on the best-quality research: A review of several trials concluded there's "no convincing evidence" that ginseng will protect your mental skills.

Found in turmeric (an ingredient in curry powder), curcumin has been hailed for its antioxidant powers. Does it help explain why Alzheimer's rates are lower in India? A UCLA study found that people who took curcumin fared better on memory tests and had less buildup of abnormal proteins in their brains. But this study only included 40 people, and other research hasn't found this result, so more studies are needed.

In Europe, CDP-choline isn't sold as a dietary supplement. Instead, it's a prescription drug. According to researchers who reviewed 14 studies, there's decent evidence that it can benefit memory in elderly people who already have memory problems. But whether it can prevent them in healthy people isn't clear. Ask your doctor if you're thinking of trying it.

Many memory supplements aren't sold as single ingredients. Though some ingredients might work well together, combined supplements are harder to study and could be risky. Supplements may cause side effects, and the risk rises with the number you take. Mixing them with prescription drugs can be risky, too. Review all the drugs and supplements you're taking (or considering) with your doctor or pharmacist, so they can tell you what's safe.

While certain supplements might help in some cases, most healthy people don't need pills to stay sharp. Eating a diet that's rich in vegetables, berries, whole grains, and fish (key parts of the so-called MIND diet) is a way to support brain health as you age. Staying physically active, getting enough sleep, taking care of any medical conditions you have, keeping up your social connections, and challenging your mind by being a life-long learner can make a big difference, too. And it's good for the rest of your body.