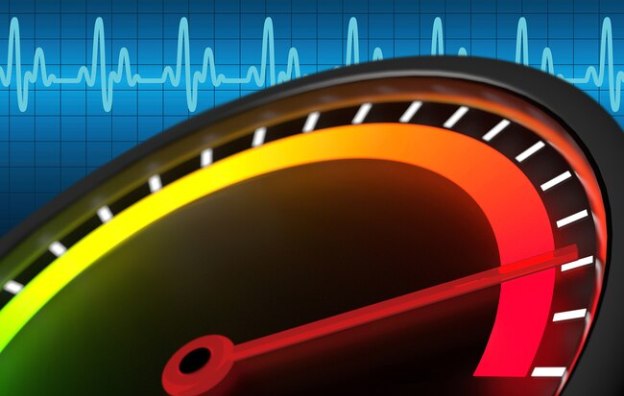 Salt, worry, and anger aren't the only things that can spike your blood pressure. See what else might be bumping your numbers up.

You've probably heard to watch the amount of salt you eat, especially if you're concerned about your blood pressure. That's because it makes your body hold on to water, putting extra stress on your heart and blood vessels. Salt - and worry, and anger - aren't the only things that can raise your blood pressure. Although temporary "spikes" aren't necessarily a problem, numbers that remain high over time can cause serious damage.

It may be even more important than salt in raising your blood pressure, especially in a processed form like high-fructose corn syrup. People with more added sugars in their diet see a significant rise in both their upper and lower numbers. Just one 24-ounce soft drink causes an average 15-point bump in systolic pressure (the top number, or the pressure during a heartbeat) and 9 in diastolic (the bottom number, or the pressure between beats).

This isn't just about the number of friends you have - it's about feeling connected. And being stressed or depressed doesn't fully explain the effect. It also gets worse with time: Over 4 years, the upper blood pressure of the loneliest people in a study went up more than 14 points. The researchers think an ongoing fear of rejection and disappointment and feeling more alert about your safety and security may change how your body works.

People with sleep apnea have higher odds of getting high blood pressure and other heart problems. When your breathing is repeatedly interrupted while you're sleeping, your nervous system releases chemicals that raise your blood pressure. Plus, you're getting less oxygen, which could damage blood vessel walls and make it harder for your body to regulate your blood pressure down the road.

Your kidneys need a balance of sodium and potassium to keep the right amount of fluid in your blood. So even if you're eating a low-salt diet, you could still have higher blood pressure if you're not also eating enough fruits, veggies, beans, low-fat dairy, or fish. While you may think of bananas as the go-to source, broccoli, water chestnuts, spinach, and other leafy greens are better to get potassium if you're watching your weight.

Sudden, or acute, pain ramps up your nervous system and raises your blood pressure. You can see this effect when you put one hand in ice water, press on your cheek or fingernail, or get an electric shock to your finger.

Do you take ginkgo, ginseng, guarana, ephedra, bitter orange, or St. John's wort? These and others can raise your blood pressure or change how medications work, including drugs to control high blood pressure.

When this gland doesn't make enough thyroid hormone, your heart rate slows, and your arteries get less stretchy. Low hormone levels also might raise your LDL "bad" cholesterol, another thing that can stiffen arteries. Blood moves through hard vessels faster, pushing on the walls and raising the pressure. Though not as common, too much thyroid hormone can make your heartbeat harder and faster, which will also bump up your numbers.

You Have to Pee

Systolic pressure went up an average of about 4 points, and diastolic, 3 points, in a study of middle-aged women who hadn't gone to the bathroom for at least 3 hours. Men and women of different ages saw similar effects. High blood pressure becomes more likely as you age, so you need to get accurate readings. An empty bladder could be one way to help do that.

All nonsteroidal anti-inflammatory drugs, such as aspirin and ibuprofen, can raise your numbers - whether you're healthy or you already have high blood pressure. Though the average rise is only a few points, there's a wide range, which means it could affect some people much more than others.

You might see a difference if you compare readings during an appointment to the numbers you get at home. Named for the traditional garb of medical professionals, the "white coat effect" is the rise in blood pressure - up to 10 points higher for systolic (the upper number) and 5 for diastolic (the lower number) - that can happen simply because of where you are. The bump is likely due to nerves or anxiety.

Ingredients like pseudoephedrine and phenylephrine can narrow your blood vessels. That means the same amount of blood has to squeeze through a smaller space, like a crowd pushing through a hallway. These drugs can also make blood pressure medications less effective. Your doctor or pharmacist can help you choose over-the-counter products for sinus problems and colds that are safer if you have high blood pressure.

When your body's cells don't have enough water, your blood vessels tighten up. This happens because your brain sends a signal to your pituitary gland to release a chemical that shrinks them. And your kidneys make less pee, to hang on to the fluid you do have, which also triggers tiny blood vessels in your heart and brain to squeeze more.

Pills, injections, and other birth control devices use hormones that narrow blood vessels, so it's possible your blood pressure will go up. It's more likely to be a problem for women who are older than 35, overweight, or smokers. You may want to keep an eye on your blood pressure, checking every 6-12 months. A lower dose of estrogen may keep your numbers closer to normal.

It happens whether you're young or old and no matter where you are. The higher your resting blood pressure, the higher the numbers go when you start speaking. And the effect lasts for a few minutes. It seems the subject and emotional content of what you're saying matters more than the fact that you're moving your mouth.

Medicines that target brain chemicals like dopamine, norepinephrine, and serotonin - including venlafaxine (Effexor), monoamine oxidase inhibitors (MAOIs), tricyclic antidepressants, and fluoxetine (Prozac, Sarafem) - can change not only your mood but also your blood pressure. Selective serotonin reuptake inhibitors (SSRIs) might raise it if you're also taking lithium or other drugs that affect serotonin.

Read Also: A keto Diet That Can Reduce Your Risk of Heart Disease