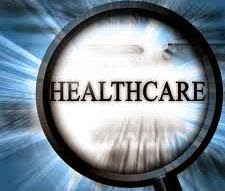 These were a couple of the most significant findings of a study that recently appeared in Academic Medicine. The study looked at the effects of Schwartz Center Rounds - case-based facilitated discussions at which caregivers discuss the psychosocial and emotional challenges of their jobs. Held at 195 health care facilities in 31 states, the Rounds provide a safe and confidential forum where clinicians share their job-related experiences, fears, dilemmas, joys and concerns with one another.

"We know that good caregiver-patient relationships, communication and "whole-person" knowledge of patients have been correlated with improvements in clinical and functional status, adherence, patient trust and reduced malpractice suits," said lead author Beth A. Lown, MD, a faculty member at Mt. Auburn Hospital and an assistant professor of medicine at Harvard Medical School. "The Rounds foster deeper, more meaningful relationships with patients, yielding significant benefits for everyone involved."

Respondents to the retrospective survey also reported: Better teamwork, including greater appreciation of the roles and contributions of colleagues Decreases in perceived stress Improvements in the ability to cope with the psychosocial demands and emotional difficulties of care." The finding that the Rounds encourage better teamwork should be very intriguing to anyone interested in care quality because collaboration plays an important role in the causation and prevention of adverse events," said Dr Lown.

Researchers also reported that for participants in the prospective survey of newer Rounds hospitals, the greater the number of Rounds attended, the greater: the impact on that caregiver's insights into the psychosocial aspects of care their focus on the effects of illness on patients' lives and families their level of compassion. The study also revealed that Rounds benefit departments and hospitals as a whole, particularly by encouraging a culture of teamwork. Rounds have spurred programmatic changes at host hospitals, including greater use of palliative care teams and changes in nursing care in the ICU.