Higher Stress Disorders In Women May Have Biological Basis 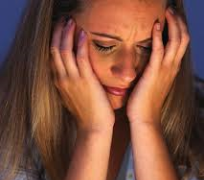 There may be a biological reason why depression and other stress-related psychiatric disorders are more common among women compared to men. Studying stress signaling systems in animal brains, neuroscience researchers found that females are more sensitive to low levels of an important stress hormone and less able to adapt to high levels than males.

"This is the first evidence for sex differences in how neurotransmitter receptors traffic signals," said study leader Rita J. Valentino, Ph.D., a behavioral neuroscientist at The Children's Hospital of Philadelphia. "Although more research is certainly necessary to determine whether this translates to humans, this may help to explain why women are twice as vulnerable as men to stress-related disorders."

The research appears online today in Molecular Psychiatry. The study's first author is Debra A. Bangasser, Ph.D., a fellow in Valentino's laboratory.

It has long been recognized that women have a higher incidence of depression, post-traumatic stress disorder, and other anxiety disorders, said Valentino, but underlying biological mechanisms for that difference have been unknown. Her research focuses on corticotropin-releasing factor (CRF), a hormone that organizes stress responses in mammals.

Analyzing the brains of rats that responded to a swim stress test, Valentino's team found that in female rats, neurons had receptors for CRF that bound more tightly to cell signaling proteins than in male rats, and thus were more responsive to CRF. Furthermore, after exposure to stress, male rats had an adaptive response, called internalization, in their brain cells. Their cells reduced the number of CRF receptors, and became less responsive to the hormone. In female rats this adaptation did not occur because a protein important for this internalization did not bind to the CRF receptor.

"This is an animal study, and we cannot say that the biological mechanism is the same in people," said Valentino, adding that other mechanisms play a role in human stress responses, including the actions of other hormones. However, she added, "researchers already know that CRF regulation is disrupted in stress-related psychiatric disorders, so this research may be relevant to the underlying human biology."

Furthermore, said Valentino, much of the previous research on stress disorders in animal models used only male rodents, so important sex differences may have gone undetected. "Pharmacology researchers investigating CRF antagonists as drug treatments for depression may need to take into account gender differences at the molecular level," she said.

The National Institutes of Health provided funding support for this study. Co-authors with Valentino and Bangasser were Andre Curtis, Ph.D., Thelma T. Bethea, Ioannis Parastatidis, M.D., and Harry Ischiropoulos, Ph.D., all of The Children's Hospital of Philadelphia; and Elisabeth J. Van Bockstaele, Ph.D., of the Farber Institute for Neurosciences of Thomas Jefferson University.