Herpes Testing: What To Ask For, When To Ask - Health And Medical Information

Home Herpes STI Herpes Testing: What To Ask For, When To Ask

Herpes Testing: What To Ask For, When To Ask 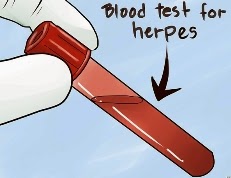 If you think you might have herpes, you probably want to get it diagnosed as soon as you can. But it's better to hold off on herpes testing for about four months after your first outbreak. Then, when you do get the blood test for herpes infection, make sure it's the correct test - the one that detects an antibody called IgG.

Herpes testing based on IgM seems like a good idea because your immune system starts producing IgM in early infection with most viruses. Theoretically, an IgM test can tell you whether sores you just developed are or aren't herpes, and it might help you figure out when you were infected.
For diagnosing HSV-2, though, the IgM test has serious shortcomings.

The IgM test doesn't distinguish one herpes virus from another. A new infection with HSV-1, which causes oral cold sores, could give you a positive herpes IgM result. If that's not taken into account, you could be told you have HSV-2 (genital herpes) when you really don't.A positive herpes IgM test could also mean you're having a recurrence of HSV-2.

Many people with HSV-2 produce new IgM every time they have a herpes outbreak. With IgM testing, there's no way to know whether you have a new infection or when you initially acquired the virus.

In contrast, IgG testing can distinguish between HSV-1 and HSV-2. It's an important distinction, because HSV-1 is less severe and quite common. Most people have antibodies to HSV-1 by the time they're grown.

The IgG tests approved by the FDA are very accurate. That means there is only a small chance that you would get a false positive or false negative result.

But there is a drawback: You have to wait four months between your first outbreak and your IgG test. Your immune system takes that long to produce IgG against herpes, so a negative result from an earlier IgG test isn't reliable.

If you're not sure whether you have HSV-2, or if you doubt the accuracy of a genital herpes diagnosis you received some time ago, it makes sense to get tested (or retested). Be sure to ask for IgG testing.

STI
By Health & Medical Reviews and News at Saturday, October 30, 2010