Mobile Phones May Cause Brain Cancer - Health And Medical Information

Mobile Phones May Cause Brain Cancer 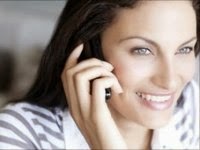 A review of evidence suggests an increased risk of a malignant type of brain cancer cannot be ruled out.

However, any link is not certain - they concluded that it was "not clearly established that it does cause cancer in humans".

A cancer charity said the evidence was too weak to draw strong conclusions from.

A group of 31 experts has been meeting in Lyon, France, to review human evidence coming from epidemiological studies.

They said they looked at all relevant human studies of people using mobile phones and exposure to electromagnetic fields in their workplace.

It concluded that mobiles should be rated as "possibly carcinogenic" because of a possible link with a type of brain cancer - glioma.

Ed Yong, head of health information at Cancer Research UK, said: "The WHO's verdict means that there is some evidence linking mobile phones to cancer but it is too weak to draw strong conclusions from.

"The vast majority of existing studies have not found a link between phones and cancer, and if such a link exists, it is unlikely to be a large one.

"The risk of brain cancer is similar in people who use mobile phones compared to those who don't, and rates of this cancer have not gone up in recent years despite a dramatic rise in phone use during the 1980s.

"However, not enough is known to totally rule out a risk, and there has been very little research on the long-term effects of using phones."

The WHO estimated that there are five billion mobile phone subscriptions globally.

Christopher Wild, director of the IARC, said: "Given the potential consequences for public health of this classification and findings it is important that additional research be conducted into the long term, heavy use of mobile phones.

"Pending the availability of such information, it is important to take pragmatic measures to reduce exposure such as hands free devices or texting."