Norovirus Symptoms: Signs Of Winter Vomiting Bug To Look Out For After UK Cases Rise - Health And Medical Information

Norovirus Symptoms: Signs Of Winter Vomiting Bug To Look Out For After UK Cases Rise 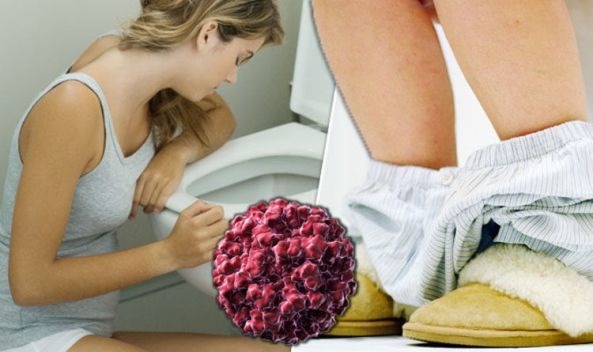 Norovirus, also known as the winter vomiting bug - is one of the most common stomach bugs in the UK, according to the NHS.

Symptoms of the virus include suddenly feeling sick, projectile vomiting and watery diarrhoea.

While the condition can be unpleasant, symptoms usually disappear within a couple of days.

If you become infected with norovirus, the best thing to do is to stay at home until symptoms disappear, the NHS said. Drink plenty of fluids, get plenty of rest, and take painkillers to ease any fevers or muscle aches.

"You don't usually need to get medical advice unless there's a risk of a more serious problem," it said.

"There's no cure for norovirus, so you have to let it run its course.

"Visiting your GP surgery with norovirus can put others at risk, so it's best to call your GP or NHS 111 if you're concerned or feel you need advice."

You can be infectious for about 48 hours after the symptoms of norovirus have passed, so stay away from school or work for a couple of days.

Washing your hands regularly with warm water and soap could limit the spread of the infection.

You could prevent infection in the first place by avoiding raw, unwashed produce.

Oysters can carry norovirus, so only eat the shellfish from a reliable source.

Since the beginning of October, there have been more than 2,700 reports of norovirus in England and Wales, Public Health England figures revealed.

The number of cases has increased over recent weeks, and is now above the five-year average for this period.

The rise in norovirus cases coincides with the UK's worst flu season for seven years.

The deadly Aussie flu virus has swept across the UK, and a total of 120 have died from the influenza virus in the UK since October.

Norovirus
By Health & Medical Reviews and News at Tuesday, January 30, 2018