Dementia: You're More At Risk Of Alzheimer's If You Frequently Wake Up During The Night - Health And Medical Information

Home Alzheimers Dementia Dementia: You're More At Risk Of Alzheimer's If You Frequently Wake Up During The Night

Dementia: You're More At Risk Of Alzheimer's If You Frequently Wake Up During The Night 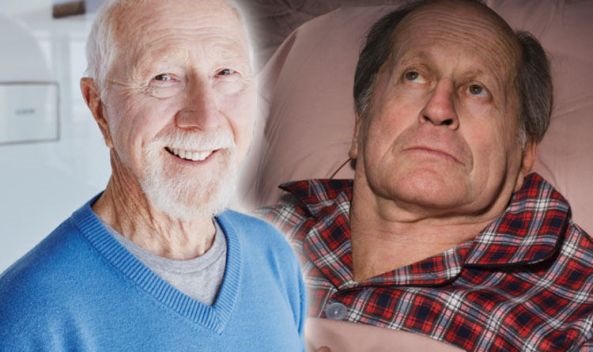 Dementia is more likely to occur in people that have fragmented sleep patterns, according to US scientists.

Disruptions in the natural body clock could be an early indicator of Alzheimer's disease.

Just because you get eight hours of sleep a night, doesn't necessarily mean you won't develop the neurodegenerative condition, the scientists warned.

They were searching for certain proteins that signal Alzheimer's development.

139 of the adults had rhythmic body clocks, and didn't show signs of the Alzheimer's protein.

But, 50 of the adults all had fragmented sleep patterns, and showed signs of the dementia biomarkers.

"It wasn't that people in the study were sleep-deprived," said author of the research, Dr Erik Musiek.

"But their sleep tended to be fragmented. Sleeping for eight hours at night is very different from getting eight hours of sleep in one-hour increments during daytime naps."

Senior author, Dr Yo-El Ju, added: "We found that people with preclinical Alzheimer's disease had more fragmentation in their circadian activity patterns, with more periods of inactivity or sleep during the day and more periods of activity at night.

"At the very least, these disruptions in circadian rhythms may serve as a biomarker for preclinical disease."

Dementia is the name given to a collection of symptoms that result from damage to the brain.

Alzheimer's disease and vascular dementia are both types of dementia.

There is currently no cure for dementia, for certain treatments could help to slow down symptoms' progression, according to the NHS.

Dementia
By Health & Medical Reviews and News at Tuesday, January 30, 2018