Signs And Symptoms Of Cervical Cancer And How To Prevent It 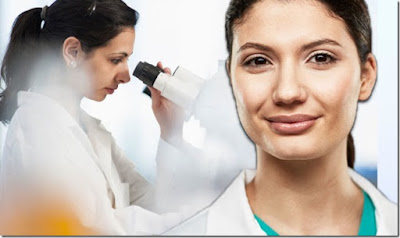 Cervical cancer is a condition that develops in a woman's cervix - the entrance to the womb. While the cancer often doesn't have symptoms in its early stages, there are some crucial signs of the disease. Bleeding from the vagina at any time, other than during your monthly period, could be a sign of cervical cancer. The bleeding can usually occur after having sex.

Visit your GP for advice if you experience any type of unusual vaginal bleeding.

Other symptoms of cervical cancer may include pain and discomfort during sex, and an unpleasant smelling vaginal discharge. If the cancer spreads out of your cervix and into surrounding tissue and organs, it can trigger a range of other symptoms. Constipation, finding blood in the urine, bone pain, loss of appetite and weight loss could all be signs of the condition.

Symptoms aren't always obvious, and that's why you should attend all of your cervical screening appointments. The screening, otherwise known as a smear test, aims to spot abnormal cells on the cervix. Women aged between 25 and 49 should be screened every three years. If you're aged 50 to 64, it's every five years.

Laura Smith, 30, was diagnosed with cervical cancer in May 2017. She had no symptoms of the condition at all, she said. "I was called for a routine smear test when I was pregnant but due to guidelines I was unable to have this until 12 weeks after delivery this is when they found severe abnormalities," Smith said. "I showed no symptoms at all. Even the consultants were gob-smacked when my results came back.

"My advice to other people would be to not fear the smear test. If I hadn't have gone for mine, my story would have been a lot different."

There's no single way to prevent cervical cancer, but you can lower your risk by using a condom when having sex. Most cases of the cancer are linked to an infection from the human papilloma virus (HPV) and using a condom could lower the risk of infection.

You can also be vaccinated against HPV, which significantly reduces the risk of cervical cancer. Smokers are also less able to get rid of the HPV infection from the body, so quitting smoking could lower your risk. Two people die from cervical cancer everyday and nine are diagnosed with the condition each day.

It is estimated that about 75 per cent of all cervical cancer cases could be prevented by smear tests.