Can Castor Oil Help With Psoriasis? - Health And Medical Information

Can Castor Oil Help With Psoriasis? 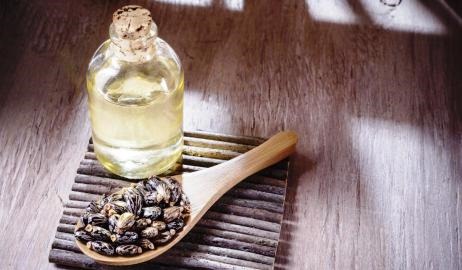 Castor oil is a vegetable oil that manufacturers produce using castor beans. It is a popular natural remedy and beauty treatment and some people use it to treat psoriasis.

Psoriasis is a common inflammatory skin condition that affects millions of people worldwide.

Although there is plenty of anecdotal evidence to suggest that castor oil may help some people with psoriasis, no scientific studies have looked at how effective castor oil is in the treatment of psoriasis symptoms.

Some research does indicate that this oil may reduce inflammation, which could explain why it helps treat psoriasis. Despite the lack of scientific evidence to support its effectiveness, castor oil is a relatively safe home remedy for people with skin conditions.

In this article, we discuss the potential benefits and risks of using castor oil for psoriasis.

What Does the Research Say?

Castor oil could potentially help alleviate psoriasis symptoms and reduce flares.
People have used castor oil for centuries to treat skin conditions and other ailments.
Scientists are not sure why castor oil might relieve the symptoms of psoriasis, although they believe that its anti-inflammatory and antibacterial behavior may play a role.

A study in animals found that the main component of castor oil, called ricinoleic acid (RA), has both pain-relieving and anti-inflammatory properties.

As psoriasis is an inflammatory condition, castor oil could potentially help alleviate its symptoms and reduce flares.

The results of a 2017 study suggest that castor leaf extract has antibacterial properties. However, it is not clear whether the beans and oil share these properties.

People with psoriasis may be more prone to other types of skin infection, or their lesions may become infected. Applying antibacterial substances to the skin could reduce this risk.

Some naturopaths claim that castor oil boosts the immune system, which could lead to fewer and less severe psoriasis flares. However, there is limited research to support this theory.

How to Use Castor Oil for Psoriasis

There are no research-backed guidelines for using castor oil for psoriasis. In anecdotal reports, people who use the oil tend to apply it directly to the skin with some cotton wool.

As the skin does not readily absorb it, many people apply the oil before bed and allow it to remain on the skin throughout the night. They then rinse it off in the morning and gently pat the skin dry.

Some people prefer to dilute the oil with another oil, such as coconut or olive oil. This practice may make it easier for the skin to absorb the castor oil. Coconut oil also has antibacterial and anti-inflammatory properties that could help with psoriasis.

Castor oil is readily available in drugstores and health store. Many brands are also available online.

There are three primary types of castor oil that people use on their skin and hair. These are:

Side Effects and Risks

A person should seek immediate medical attention if they experience itching and swelling after using castor oil.

Studies on castor oil suggest that it is safe to use on the skin. A safety evaluation found that castor oil is safe for use in cosmetics at concentrations of up to 100 percent.

However, it is possible that a person may have an allergic reaction to castor oil. Symptoms of a reaction require immediate medical attention and include:
It is vital to carry out a patch test before applying the oil liberally to reduce the risk of an allergic reaction. A patch test involves dabbing a little oil on a small area of the skin and waiting 24 hours to check for side effects. If any negative symptoms arise, the individual should stop using the oil.

Some people take castor oil by mouth to relieve constipation or induce labor. However, it is best to talk to a doctor before using castor oil in these ways. Too much of the oil can cause diarrhea and dehydration.

Pregnant women should only ingest castor oil if their doctor recommends it.

Other Uses for Castor Oil

Castor oil has many other applications for health and beauty. People have traditionally used castor oil as:

A laxative. In terms of natural remedies, most people probably think of castor oil as a laxative. People use it to relieve temporary constipation. Taking too much can lead to diarrhea and cramping, and excessive diarrhea can result in dehydration.

* A moisturizer. Castor oil moisturizes and softens the skin.
* A skin treatment. People use castor oil for skin conditions other than psoriasis, including acne, eczema, and dermatosis.
* A dandruff remedy. Dandruff that results from seborrhoeic dermatitis, a chronic inflammatory skin disorder, may resolve after castor oil application.
* An antifungal. Castor oil may kill Candida albicans, a type of fungus that commonly causes infections in the mouth, vagina, and other areas of the body.

Many home remedies and medical treatments can help people with psoriasis reduce their symptoms or achieve remission, which is a temporary break from symptoms.
Psoriasis treatments and home remedies include:

Many substances and lifestyle factors may trigger a flare-up of psoriasis. Avoiding these triggers can help people control their condition.

Although lifestyle changes will not cure psoriasis, they can relieve uncomfortable symptoms, such as itching and skin dryness. People can try:

A doctor might recommend light therapy for psoriasis as UV rays may help control symptoms in the long term. Light therapy can range from natural exposure to controlled amounts of sunlight to artificial phototherapy in a clinic.

Doctors may recommend that people use topical creams and ointments to stop inflammation, itching, and dryness. These products may include:
If these are not effective, a person may need stronger medications to suppress their immune system function or reduce inflammation.

Castor oil may offer some benefits for the skin due to its anti-inflammatory and pain-relieving properties. As such, it may help treat psoriasis, but there is currently no scientific research to support this.

Castor oil may relieve the symptoms of dryness, itching, and swelling in people with psoriasis and reduce the appearance and discomfort of lesions.

However, this oil may not work for everyone, and people may need to experiment to find the treatment that is most effective for them.

If castor oil is not effective, plenty of other treatments are available to reduce psoriasis symptoms and bring about remission. A doctor or dermatologist can offer more information and provide treatment.

Psoriasis
By Health & Medical Reviews and News at Wednesday, January 16, 2019