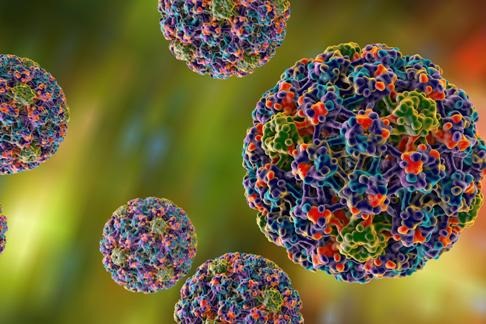 Having human papilloma virus (HPV) is not rude or shameful and is extremely common, experts say.

It comes as a survey of 2,000 women shows there are still stigmas around the infection, which can be passed on during sex and is linked to cancer.

Charities are concerned this could put women off getting smear tests.

Despite four out of every five getting HPV in their lifetime, many would worry about what their partner might think of them if they were diagnosed with it.

In the survey by Jo's Cervical Cancer Trust, nearly half said they would be worried about telling their partners.

Half would wonder who had given it to them and a similar number would worry it meant that their partner had been unfaithful.

Amanda Blood, 28, was diagnosed with cervical cancer after putting off having a smear test. Her doctors told her she also had HPV.

"At first I was really angry at my ex. I'd only ever slept with two people," she said.
"But when I read more about HPV, I understood that it is actually really common and you shouldn't hold anyone responsible for it."

There are more than 100 different types of HPV - the name given to a very common group of viruses.

Some 'high-risk' types of HPV can cause changes to the cells in the cervix, which can lead to cervical cancer if not treated. These abnormal cells are what smear tests pick up.

Genital HPV can be caught from skin-on-skin contact, meaning you don't have to have full sex to be at risk.

Oral sex and intimate touching can also pass on the infection, which lives on the skin.

Claire Bolton was 38 when she was diagnosed with cervical cancer. At the time, she had never heard of HPV.

"I wasn't given any information about it," she said.

"Everything I found out was from what I read for myself on websites and forums and it was quite shocking to read about.

"It's such a common infection yet there's still a stigma attached to it and you do start questioning things.

"I was in a long-term relationship with a person that I didn't really trust at that time.
"But you can have HPV for years and not know it.

"It is a really easy thing to get, so you shouldn't be embarrassed."

Most of the time, people will not realise that they have HPV because they will not have any symptoms or complications.

Your immune system usually gets rid of HPV without treatment.

But some strains or types of HPV (there are lots of different ones) can cause genital warts. Others are linked to cancer.

In the survey, a third of women were unaware of the link to cervical cancer and most did not know that it could cause throat and mouth cancer.

Girls are already offered a free vaccine to help protect against HPV.

And the NHS is adding HPV testing to cervical cancer screening, meaning women will be checked for it when they have a smear.
If they have it, they can have other tests and treatment if they need it to hopefully avoid a cancer from growing.
Cervical cancer is the most common cancer in women aged 35 and under, with some having no symptoms.

Genital warts mean you will get cancer - No. Warts are caused by a different type of HPV

I haven't had lots of sex, so I probably won't have it - Wrong. Having HPV isn't a sign that someone has slept with a lot of people or been unfaithful to a partner. You can get it during your first sexual contact - whether that is touching, penetrative sex, oral sex or sharing sex toys

We use condoms, so I'm totally protected - Wrong. Using condoms reduces the risk but not entirely

My current partner must have given it to me - Not necessarily. HPV can stay undetected in the body for years. It is very common and for most people it will never cause a problem

I've had the vaccine so I can't get it - No. Although the HPV vaccine protects against seven out of 10 cases of cervical cancer, it does not offer complete protection. So, even if you have had the HPV vaccine, it is very important to attend cervical screening

Robert Music, chief executive of Jo's Cervical Cancer Trust, who will be talking about the survey findings at Cancer Research UK's Early Diagnosis conference, said: "We must address the level of misunderstanding that exists around HPV.

"Most people will get the virus in their lifetime, so it is worrying to see such high levels of fear or shame associated with it."

Sara Hiom, from Cancer Research UK, said: "Busting the myths and removing the stigmas surrounding HPV is vital to ensure people feel more confident to book and turn up for their cervical screening appointment."

Tony Kimberley was diagnosed with penile cancer in March 2013.

He says he knew nothing about the virus when it was first mentioned to him and spoke to his wife and daughter to find out more.

"Men need to be more aware about what's going on with their bodies and the effects of HPV," said Tony.

"There are serious consequences to leaving HPV untreated and many people will not know they have it."

Boys aged 12-13 are now being offered an HPV vaccine to protect them against these cancers.