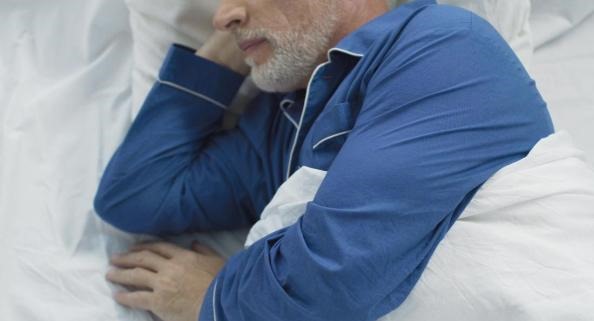 A recent study categorizing people with obstructive sleep apnoea based on their differing symptoms found a strong link between excessive daytime sleepiness and cardiovascular disease.

All of the different types of sleep apnoea, OSA is the most common.

OSA occurs when the throat muscles relax too much to keep the airway open.

According to the National Sleep Foundation, more than 18 million adults in the United States have sleep apnoea. If a person does not seek treatment, it can lead to several complications - one of which is cardiovascular disease.

According to the American Thoracic Society, about 30 percent of people with high blood pressure, or hypertension, have OSA. Also, individuals with OSA have a 50 percent chance of developing hypertension.

However, researchers do not yet know why people with OSA are likelier to develop heart disease.

When these breathing pauses occur, the oxygen level in the blood gets low, and these frequent bouts of low oxygen levels during sleep may damage the blood vessels that supply the heart.

During these pauses, the heart beats faster and the blood pressure goes up. Severe OSA can also cause the heart to become enlarged. When this occurs, the heart receives less oxygen and works less efficiently.

Previous studies have identified a link between OSA and heart disease. However, to understand the association better, researchers categorized people with OSA based on their symptoms and conducted a new study.

Their results now appear in the American Journal of Respiratory and Critical Care Medicine.

Excessive Sleepiness: A marker of Risk?

The researchers categorized the participants into four subtypes of OSA according to the symptoms they reported, which included: difficulty falling and staying asleep, snoring, fatigue, drowsy driving, disturbed sleep, moderate sleepiness, and excessive sleepiness. The four subtypes were:
The study analyzed data from more than 1,000 adults who had moderate to severe OSA (which the scientists defined as having at least 15 breathing pauses while sleeping or reduced breathing).

All had participated in the Sleep Heart Health Study, which was available from the National Sleep Research Resource. The team followed the participants for about 12 years.

"Multiple studies from our group," explains study co-author Dr. Diego Mazzotti, at the University of Pennsylvania in Philadelphia, "have shown that patients with moderate to severe OSA throughout the world can be categorized into specific subtypes based on their reported symptoms."

"However," he notes, "until now, it was unclear whether these subtypes had different clinical consequences, especially in regard to future cardiovascular risk."

The analysis showed that participants with OSA who experienced excessive sleepiness had higher rates of cardiovascular disease at enrollment when compared with people without OSA.

Also, they were around twice as likely to experience cardiovascular issues during the follow-up period.

The researchers are aware that these results do not prove that excessive sleepiness is a causal factor for cardiovascular disease. That said, they do believe that this specific symptom of OSA could be a "surrogate marker of underlying cardiovascular risk pathways."

Despite the study's limitations, the team suggests that treatments for OSA, such as continuous positive airway pressure (CPAP), should focus on people who have the excessive sleepiness subtype, as they would benefit the most.

"Even without further research, clinicians should recognize that patients with OSA who complain of feeling tired when they wake up and sleepy during the day and have a high score on the Epworth Sleepiness Scale are at greater risk for cardiovascular disease." - Dr. Diego Mazzotti.

He adds that his colleagues are developing a simple tool to categorize people into symptom subtypes, which should improve the clinical utility of their findings.