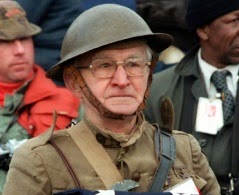 Older veterans with post-traumatic stress disorder (PTSD) appear more likely to develop dementia over a seven-year period than those without PTSD, according to a report in the June issue of Archives of General Psychiatry, one of the JAMA/Archives journals.

PTSD is a common psychiatric symptom and often occurs in veterans returning from combat, according to background information in the article. As many as 17 percent of veterans returning from Iraq and Afghanistan are estimated to have PTSD, and 10 percent to 15 percent of Vietnam veterans had PTSD symptoms 15 years or longer after their return. Previous studies have associated PTSD with a wide variety of medical conditions in younger and middle-aged veterans, along with declines in cognitive (thinking, learning and memory) performance.

Over seven years of follow-up, from 2000 to 2007, 31,107 (17.2 percent) of the veterans developed dementia. Veterans with PTSD had a 10.6 percent risk of developing dementia, whereas the risk among those without dementia was 6.6 percent.

Those with PTSD were still more likely to develop dementia when the analyses were adjusted for important differences, including demographic variables and other medical and psychiatric illnesses.

"There are several reasons why patients with PTSD may have an increased risk of developing dementia," the authors write. PTSD may contribute to the cause of dementia, or chronic stress may link the two conditions. Stress may damage the hippocampus, a brain area critical for memory and learning, or cause alterations in neurotransmitter and hormone levels that could precipitate dementia.

"The finding that PTSD is associated with a near doubling of the risk of dementia has important public health, policy and biological implications," the authors conclude. "It is important that those with PTSD are treated, and further investigation is needed to see whether successful treatment of PTSD may reduce the risk of adverse health outcomes, including dementia.

In addition, it is critical to follow up patients with PTSD, especially if they are of an advanced age, to screen for cognitive impairment. Finally, mechanisms linking PTSD and dementia must be identified in hope of finding ways to improve the care and outcomes of patients with PTSD."

PTSD
By Health & Medical Reviews and News at Saturday, August 21, 2010