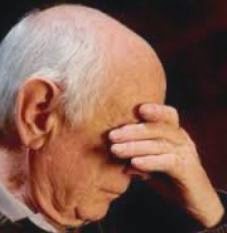 Apple juice could help reduce behavioural and psychotic symptoms associated with dementia according to study published in the American Journal of Alzheimer's Disease and Other Dementias.

Researchers added two 4oz glasses of apple juice a day to the diets of 21 people with dementia with moderate to severe dementia. After a month, carers reported an approximately 27 per cent improvement in behaviour such as agitation, anxiety and delusion. There were no notable changes in cognitive performance or day-to-day functions.

'This very small study, funded by the apple juice industry, suggests apple juice could reduce agitation and anxiety but it does not say it can improve dementia. There are many limitations to this research and we certainly cannot yet hail apple juice as a miracle cure.'

'It could however form part of a healthy diet, which we know has benefits for people with dementia. One in three people over 65 will die with dementia yet dementia research is drastically underfunded. We hope the new government will live up to its promise to prioritise it in future years.'