Health & Medical Reviews and News Sunday, December 27, 2015 Dermatology,
Most insect bites and stings cause small reactions that are confined to the area of the bite (localised reactions). They can usually be treated at home.

However, if your symptoms are severe, see your GP as soon as possible. 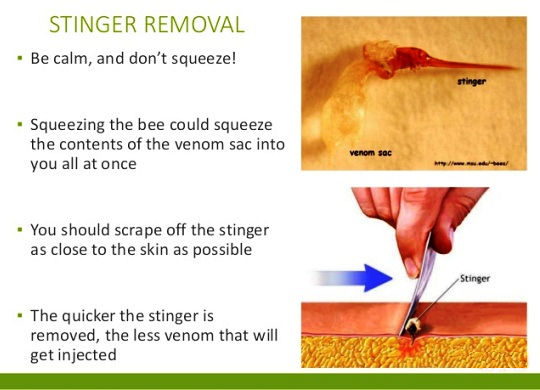 As soon as you have been stung by a bee, remove the sting and the venomous sac if it has been left in the skin. Do this by scraping it out, either with your fingernails or using something with a hard edge, such as a bank card.

When removing the sting, be careful not to spread the venom further under your skin and do not puncture the venomous sac.

Do not pinch the sting out with your fingers or a pair of tweezers because you may spread the venom. If a child has been stung, an adult should remove the sting.

Wasps and hornets do not usually leave the sting behind, so could sting you again. If you have been stung and the wasp or hornet is still in the area, walk away calmly to avoid being stung again.

Most insect bites and stings cause itching and swelling that usually clears up within several hours.

Minor bites and stings can be treated by:

• washing the affected area with soap and water
• Placing a cold compress (a flannel or cloth cooled with cold water) over the affected area to reduce swelling
• Not scratching the area because it can become infected (keep children's fingernails short and clean)
• See your GP if the redness and itching gets worse or does not clear up after a few days.

If the bite or sting is painful or swollen, you can also:

• wrap an ice pack (such as a bag of frozen peas) in a towel and place it on the swellingW
• Take painkillers, such as paracetamol or ibuprofen (children under 16 years old should not be given aspirin)
• Use a spray or cream that contains local anaesthetic, antihistamine or mild hydrocortisone (1%) on the affected area to prevent itching and swelling
• Take an antihistamine tablet to help reduce swelling (antihistamine tablets are available on prescription or from pharmacies)
• If local swelling is severe, your GP may prescribe a short course of oral corticosteroids, such as prednisolone, to take for three to five days.

If you have an allergic reaction after a bite or sting, even if it is just a skin rash (hives), you may be prescribed an adrenaline pen (called an auto-injector) by your GP and shown how to use it. You will also be referred to an allergy clinic to see an immunologist for further tests and treatment.

If you develop blisters after being bitten by an insect, do not burst them because they may become infected. Blisters do not often cause pain unless they rupture (burst), exposing the new skin underneath. If possible, use an adhesive bandage (plaster) to protect the blistered area.

See your GP if the bite or sting fills with pus and feels tender to touch, your glands swell up and you feel unwell with flu-like symptoms.

Your GP may prescribe oral antibiotics (medicines to treat infections caused by bacteria). You will need to take these as instructed, usually two or four times a day for seven days.

If you have swelling or itching anywhere else on your body after being bitten or stung, or if you are wheezing or have difficulty swallowing, you will need emergency medical treatment. Call 999 immediately and ask for an ambulance.

If you have the symptoms of a systemic reaction (SR), it could lead to anaphylactic shock. If you experience anaphylaxis, you may need to have an adrenaline injection, antihistamines, oxygen or an intravenous drip (a drip directly into a vein).

If previous insect bites or stings have caused a large skin reaction, such as redness and swelling of over 10cm (4 inches) in diameter, your GP may refer you to an allergy clinic. The criteria for referring someone to an allergy clinic may vary depending on what is available in your local area.

Immunotherapy (desensitisation or hyposensitisation) is a possible treatment option if you are allergic to insect bites or stings, although it is more commonly used for wasp or bee stings. It involves being injected with small doses of venom every week and being observed to check for an allergic reaction.

Your body soon becomes used to the venom (desensitised) and will start to make antibodies to prevent further reactions.

When a high enough dose has been reached, the injections will be given monthly and could last for a further two or three years.

Your immunologist will decide how much venom is injected and how long the injections need to continue for. This will depend on your initial allergic reaction and your response to the treatment.

If you have been bitten by a tick (a small arachnid), remove it as soon as possible to reduce the risk of getting a tick-borne infection, such as Lyme disease (a bacterial infection that causes a rash).

To Remove The Tick: 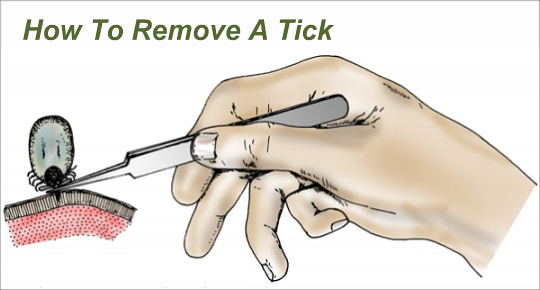 • Use tweezers, wear gloves or cover your fingers with tissue to avoid touching the tick.
• Grab the tick as close to the skin as you can, and gently pull straight up until all parts are removed.
• Do not twist or jerk the tick as you are removing it because this may cause the mouthparts to break off and remain in your skin once the tick has been removed.
• Wash your hands with soap and water.
• Using petroleum jelly, alcohol or a lit match to remove a tick does not work.


After the tick has been removed, clean the tick bite with soap and water or an antiseptic, such as an iodine scrub.

Do not scratch the bite because this will cause further swelling and increase the chance of infection. Most tick bites will heal within three weeks. See your GP if you develop:

You may need antibiotics to prevent Lyme disease.

Dermatology
By Health & Medical Reviews and News at Sunday, December 27, 2015