Facebook Does Not Decrease Social Interaction - Health And Medical Information 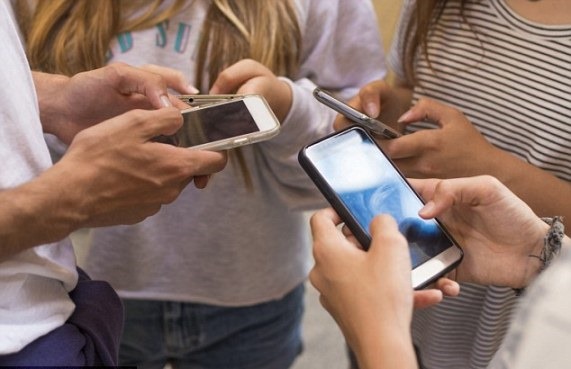 Facebook does not decrease the amount of time people spend with each other, a new study claims.

Researchers found that social media use was not associated with changes in direct social contact, and may actually improve social well-being.

The adoption of new technologies from smartphones to social media, has led to concerns about their potential for reducing happiness and social interactions.

The current study, conducted by researchers at the University of Missouri, is the latest to suggest social media does not negatively impact face-to-face interactions.

Social media use does not decrease face-to-face social interactions, according to a new study.

'People tend to assume the worse about the emergence of technology,' said researcher Mike Kearney, assistant professor at the University of Missouri School of Journalism. 'The assumption that social media use has a universal and negative effect on face-to-face social interactions is tenuous at best.'

Investigators, led by Kearney, conducted a long-term and short-term experiment for their study.

The first experiment, which followed the social media use of 2,774 individuals from 2009 to 2011, found that increased use of social media was not associated with changes in direct social contact.

The second study, which surveyed 116 adults and college students through text-messaging over the course of five days, found that social media use earlier in the day did not have any impact on future social interactions.

There's been controversy about whether people are using social media to replace face-to-face interactions.

A 2017 study published in the American Journal of Preventive Medicine found that social media use was associated with feelings of social isolation.

Meanwhile, a 2016 study published in New Media & Society found that although people use social media to 'people-watch', they still seem to enjoy and engage in face-to-face interactions.

The current study, published in Information, Communication and Society, suggests time may be an important element to consider when it comes to studying the effects of social media.

For example, Kearney said that while time spent using social media sites like Facebook doesn't take away from other social interactions, it is likely that using any type of media borrows time that could be used for face-to-face interactions.

'People are spending increased amounts of time using the internet and other media that may replace the time they could use for speaking face to face, but that doesn't mean that they are worse for it,' Kearney said.

'People must ultimately be responsible for maintaining their relationships, whether that's through social media or other means.'

Researchers in the second, shorter and smaller study found that passively looking at social media, where users scroll through conversations without actively taking part, did lead to lower levels of happiness if that person had been alone earlier in the day.