Exercise Can Help Fight Off Alzheimer's, But How? - Health And Medical Information

Home Alzheimers Exercise Exercise Can Help Fight Off Alzheimer's, But How?

Exercise Can Help Fight Off Alzheimer's, But How? 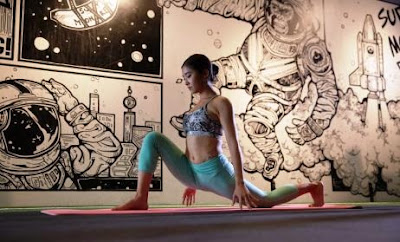 Exercise is a vital element of a healthful lifestyle; it helps maintain heart health, improve mood, and fight weight gain. New research also suggests that it can protect a person's cognitive skills, and a new study uncovers fresh information as to how this can happen.

How does exercise help protect memory?

According to a study covered on Medical News Today last year, engaging in regular, leisurely exercise can help keep the body young and healthy.

The same appears to be true for the relationship between exercise and the mind; only 10 minutes of physical activity may boost cognitive function in the short-term.
Meanwhile, exercising regularly for 6 months could actually reverse the symptoms of mild cognitive impairment.

Starting from such evidence, which suggests that exercise has a protective and even healing effect on brain functioning, a team of researchers from numerous international academic institutions has recently investigated some of the biological mechanisms that underlie this relationship.

The researchers came from institutions including the Federal University of Rio de Janeiro in Brazil and the Taub Institute for Research on Alzheimer's Disease and the Aging Brain at Columbia University in New York City, NY.

They conducted the new research - the findings of which appear in the journal Nature Medicine - in a mouse model, and it suggests that a protein and hormone released during exercise might be the main factor behind slowing cognitive impairment linked to conditions such as Alzheimer's disease.

In the new study paper - the first author of which is Mychael Lourenco, from the Federal University of Rio de Janeiro - the scientists explain that in Alzheimer's disease, as well as in other neurodegenerative conditions, hormonal signals are impaired.

"Failure of hormone-initiated signaling pathways," the authors explain, "has been associated with brain disorders, including [Alzheimer's disease]."

This has led investigators to target such signaling pathways in an effort to find better treatments and preventive approaches for cognitive impairment.

Lourenco and team started by looking at hormonal levels in the hippocampus and cerebral spinal fluid of people with Alzheimer's. Then, they repeated the investigation in a mouse model of the condition.

They found that in Alzheimer's, the levels of a protein and hormone called irisin, as well as those of its precursor - fibronectin type III domain-containing protein 5 (FNDC5) - are significantly reduced in both the hippocampus and the cerebrospinal fluid.

The researchers explain that irisin is a myokine, a messenger protein released by muscle cells in response to the contractions that occur during physical activity.

Potential for 'an attractive novel therapy'

Mice that the researchers engineered to express lower-than-normal levels of irisin in the brain had trouble with short-term memory and less of an ability to strengthen synapses. These are the links between neurons that support information flow and memory recall in the brain.

However, when the researchers increased irisin level in rodents, they found that this boosted their memory as well as their ability to form and strengthen new synapses.
They also made another interesting find: when they blocked irisin signaling in mice, the animals no longer enjoyed the cognitive boost normally offered by exercise. This further strengthens the idea that this protein is key to safeguarding memory and brain health.

The study's results thus suggest that this exercise-induced protein could become an important new therapeutic target for neurodegenerative conditions. In the paper, the authors write:

"Our findings suggest that FNDC5/irisin could comprise an attractive novel therapy aimed to prevent dementia in patients at risk, as well as delay its progression in patients at the later stages, including those who can no longer exercise."

Still, the team cautions that the mechanisms through which irisin influences brain function remain poorly understood, and that further studies are needed to get a more complete picture of these processes.

Exercise
By Health & Medical Reviews and News at Friday, January 11, 2019